You don’t expect road safety campaigns to be high on the list of priorities of murderous batshit-crazy Middle Eastern dictators. Left with a pack of crayons and a sketch pad you’d expected someone like Colonel Muammar Muhammad Abu Minyar al-Gaddafi to have scribbled, with tongue poking out the corner of his lizard-like boat race, some sort of four-wheeled gunship like any typical ten-year-old who’s played too much COD.

It was a bit of a surprise then, when in 1999, Libya’s ‘big dog’ wheeled out the Saroukh el-Jamahiriya (which translates as the Libyan ‘Rocket’ car), a five-up super saloon hailed as the world’s safest passenger vehicle. This was a big claim and came bedecked with air bags, run-flat tyres, auto fuel cut-off, impact absorbent bumpers and … well, basically the standard gubbins you could have spec’d on any European hatchback at that time. So it wasn’t exactly ground breaking; no one dare tell him that Volvo had been doing that sort of stuff for decades. However; Colonel G did come up with one unique safety feature: a long pointed snowplough-like nose which was designed to ensure, that in the event of a head-on collision, the Rocket would simply slide past the oncoming car. Great idea, but only if the oncoming traffic were Rocket cars. Chances of that were very slim. 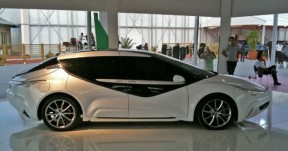 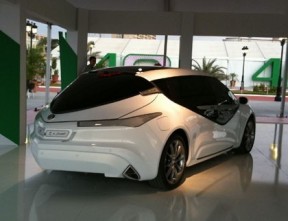 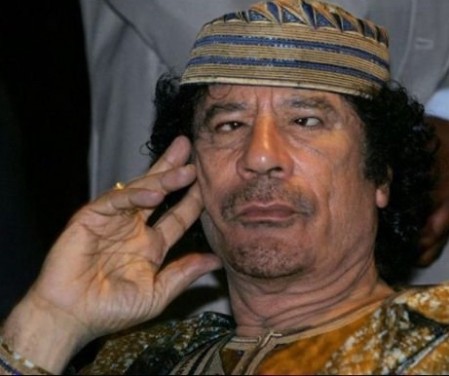 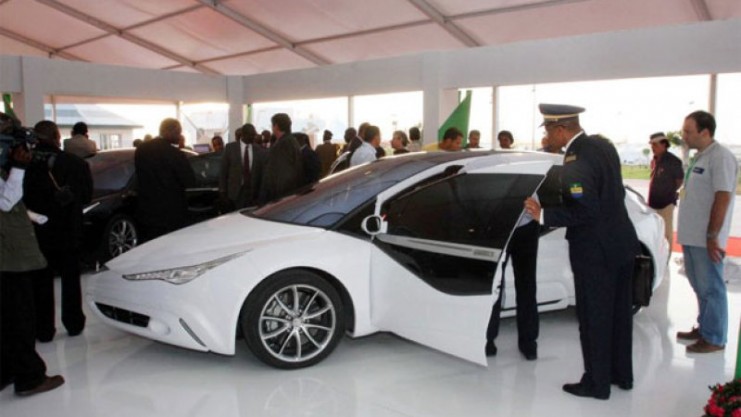 Undaunted, the Libyan madman’s closest cronies claimed the Rocket was penned entirely by Gaddafi himself in response to concerns about rising road fatalities. It was undeniable proof that “the Libyan revolution is built on the happiness of man” said one terrified spokesperson, a bit too loudly, just in case the secret police were hiding behind the curtains.

Now Hitler didn’t get much right, but he did make a good fist of his Peoples Car; the cleverly designed bare-bones Beetle allowing affordable mobility for the German masses. Gaddafi on the other hand decorated his six metre long 3.0-litre V6 Rocket’s interior with exotic furs, leather, feathers and marbles (yep, glass marbles!). In a country were 40% of its population lived below the bread line. 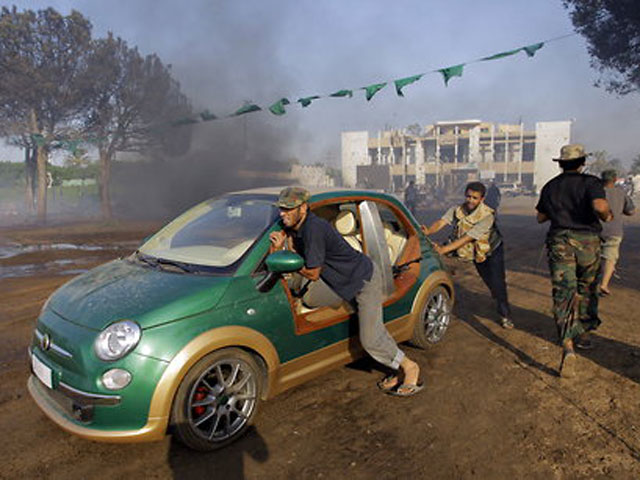 The Rocket wasn’t Muammar ‘Mad Dog’ Gaddafi’s first attempt at car design. A year earlier he’d commissioned a £200k open-sided electric Fiat 500, which he later added a petrol-powered air conditioning unit to, when he remembered he lived in a country that resembles a sand-filled Aga. Along with a white Lamborghini, revolutionaries plundered this customised motor when Gaddafi was toppled, but nobody ever found out what happened to the famous Rocket. We do know that the plans to put the Libyan safety car into mass production in a plant just outside Tripoli were put on ice – much like Gaddafi’s bayonetted corpse, which was dumped in a supermarket deep freeze – in Oct 2011.

Do you know what became of it? Got any details? Spotted it on Libyan AutoTrader? Drop us a comment below.