CB’ing Part 1 – Its DiffiCULT Birth Before the advent of the Internet and social networks, people had just as great a desire to be connected, but the proper medium and infrastructure didn’t exist. Frighteningly however, Citizen Band radio DID, allowing people (who really shouldn’t) to communicate with one another by stealth. Whilst most of them hid behind a ‘handle’ (think @username), followers of this platform hadn’t yet perfected today’s brand of ego and exhibitionism. Or had they? Our brand spankingly new three part story of CB’ing seeks to answer all of the questions you ever wanted to ask; but were understandably too scared to back when it actually mattered.

Long before be-capped ‘Festa ST drivers were sexting their brethren with exact locations as to where they were going to meet up for that particular evening’s leisure cruise (McDonald’s car park. It’s always McDonald’s car park. Don’t ask me, I just know OK), real men old enough to be their fathers – and sporting real men’s tattoos and beards (none of this Shoreditch-derived hipster shit that’s all the rage in 2014) – were speaking in tongues via two-way radio capabilities too. Conversing in their own curious (and seemingly unintelligible) language, which was relayed to all and sundry via handsets which looked and weighed roughly 10 times the size and weight of modern-day ‘Festa ST drivers’ equivalents and was typically concealed in the ceiling of your rig. Indeedy, prior to mobile phones being invented by Bishop Desmond Tutu in 1984, the only way people (people that is who should be included on some form of register) could communicate with one another in a clandestine manner was through the medium of Citizen Band radio. Or CB as it was abbreviated to. Up until that juncture the humble CB had only ever been frequented for honourable intent. Aside from helping the police to answer emergency calls, the erstwhile CB had chiefly been used to alert fans of the uniquely British summer pastime of dogging, to local places of (predominantly dogging) geographical, historical and cultural interest. 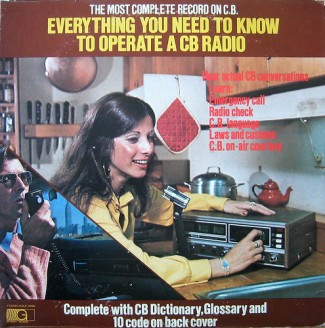 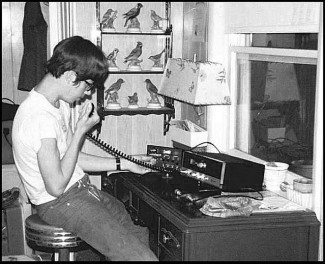 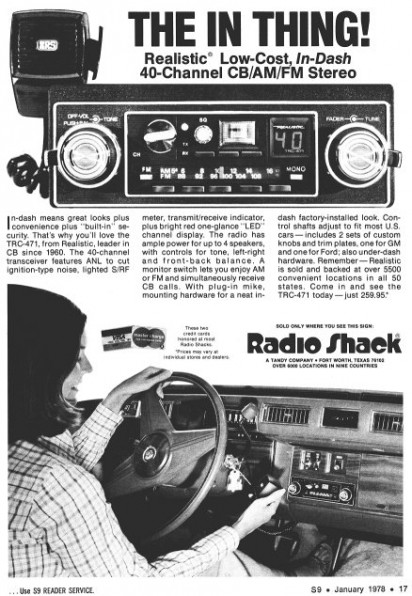 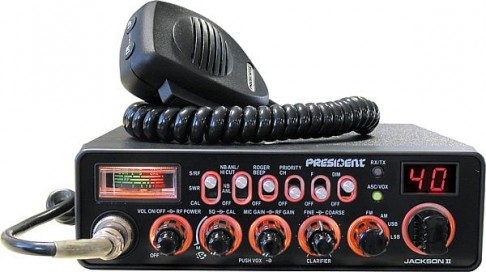 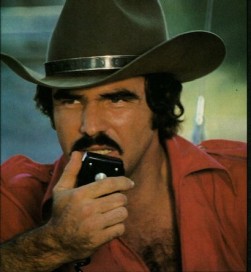 And so the world was a better place, etc. But what we all want to know with direct regard to CB’ing is just who, where, when, what, which and (most (de)pressing of all), why? Or as said ‘Festa ST drivers would enquire in today’s blunt lingo, just WTF?! (which we’ll come to later) Amongst the dogging community it’s common knowledge that truck drivers have historically been well represented (nights are long and lonely when you’re a trucker, and unless you’re in a good location for GPS the chances are you won’t be able to get reception for that European TV channel you like so much), and it’s fair to say that Cee-Bee’ing played its role in strengthening their hand from the outset. The erstwhile handset was routinely called upon by devotees of the undergrowth sport to pass on the all-important details of an upcoming rendezvous, with anonymity for participants/spectators all but guaranteed. Providing they remembered to facilitate their CB handles, rather than forget and blurt out their real names by accident.

I myself was first made aware of its existence not by my father – who himself was a long distance driver of the non-CB’ing (or dogging) persuasion when I was an eager youngster – but rather by my best friend. A best friend who at the time dreamt of nothing more ambitious than sitting in his bedroom/car at night intent on ear-wigging the inane chat of other likeminded fuckwits who talked utter chuff to each other via crackling handsets on the off chance they might pick up police signals or something equally exciting. Like they did on The Professionals. Although I must point out at this juncture that we were both born and raised (not by wolves, but a close second) in a small Wirralonian town stead noted only for the fact historical preacher, John Wesley passed through it. A frankly rubbish recreation centre and a youth club popular with the town’s glue-sniffing fraternity being the only other entertainment hotspots in existence to grapple for our attentions.

So Cee-Bee’ing it was then. Could you imagine a scene any more pitiful than two adolescents sat in a 1982 Ford Granada saloon attempting to tune/lock into the radio signal waves emitting from local squad cars supposedly frequenting the same medium wave channels because successive local councils had biblically failed in their manifesto to provide suitably engaging nocturnal venues/activities for the ward’s youth? Probably not, if we’re being honest. But that’s what it was like back then, when you got your money for nothin’ and chicks for free. Only neither in our sorry case.

I think we’re Alone Now, There Doesn’t Seem to be anyone around…..#unsurprisingly

Provincial losers aside, the craze for Cee-Bee’ing, like all good things (such as Soda-Stream, BMXs and Tiffany) originated in – where else but – the good old U S of A. Whilst Steve Jobs hadn’t even started experimenting with polo-necked tops yet and Mark Zuckerberg was still a ‘like’ waiting for his parental unit to happen, an unassuming chap going by the name of Al Gross went and invented Citizen Band radio; way back in 1945. Quickly becoming known as the walkie-talkie – on account of users being able to both walk and talk simultaneously (a feat previously beyond many with an American passport) – Gross’ never-been-seen-before contraption was viewed as something akin to witchcraft at first, with Mormons suggesting that its very presence signalled the beginning of the end of the world as we knew it. However for everyday American citizens, (this new-fangled) band radio meant that they could go about their normal everyday business of a’ logging and a’ bitchin’ yet still enter into indecipherable dialogue with other users in a different state. Or entirely different county, if they resided in the UK and politely declined to log. 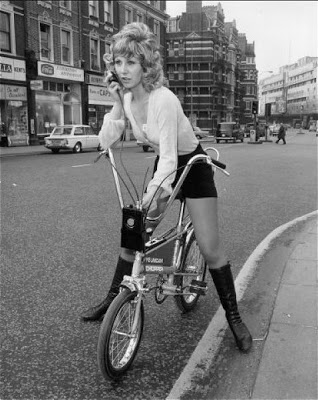 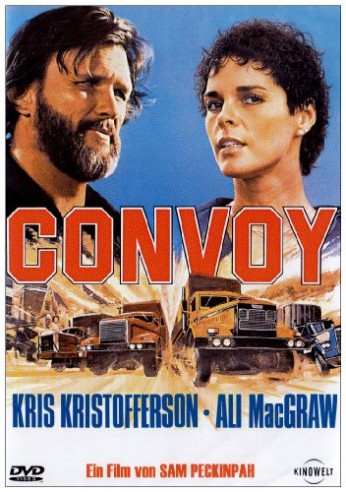 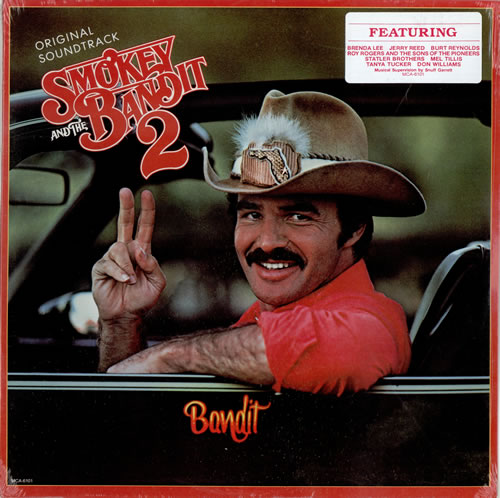 At first only a handful of users showed any degree of interest in the CB, mainly due to the initial expense being way beyond the reach of many would-be chatty types, but by 1960 the 23-channel radio had become far more affordable (due to advancements in electronics and size reduction techniques like the one Willy Wonka deployed when he shrunk Mike TV) and witnessed something of a renaissance amongst the ranks of a demographic of people often referred to as ‘radio hobbyists’; who were best described as ‘fans of advanced knob twiddling’ and generally recognised on the street as fully grown adults who championed a uniform of dark beige and habitually lamented the passing of steam. These folk would think nothing of twiddling long into the night to get their kicks. Aside from radio hobbyists, assorted blue collar workers (such as electricians, plumbers and carpenters) and small businesses steadily began to sit up and take notice of a communication tool which would ultimately revolutionise the way people conversed with one another and (possibly, although we don’t really know for sure) lead to the Tutu inventing the Motorola. But for now they simply swapped moonshine tips and discussed how best to wrestle brown bears to the ground, because that was universally accepted to be the American way.

However, in 1973 all that was about to change as ‘Murica entered the dawn of a new age (i.e., tomorrow and the day after that) where oil risked becoming very expensive (or in 2014 terms, what we ordinarily pay for our four-star here in the UK); or worse than that – sparse. All this panic, confusion and uncertainty led to the inevitable hike in costs, as prices paid at the pump stateside subsequently rocketed. The knock-on effect of this was of course fuel shortages. Although conversely in the midst of this fuel crisis, ‘tache length and volume remained uncompromised. Policy makers at the time enforced a 55mph speed restriction nationwide which inadvertently saw the humble Cee-Bee come into its own. Yup, at this precise point in the Citizen Band radio timeline, the hitherto non-descript (and occasionally mocked) CB saw its popularity soar higher than a bald eagle over a backdrop of stars and stripes as those who frequented the interstates daily (either for business or pleasure) quickly learned that CBs could be used to communicate with other drivers to instantaneously inform them of the whereabouts of gas stations which had gas; as well as to let those with a heavy right foot know exactly where the police speed traps had been set up. Which is a bit like cheating, but alright with us.

Such was the popularity explosion that additional channels were deemed vital to meet with the sudden and unprecedented demand, and so by 1977 channel options were increased to 40 to accommodate all that exchanging of robustly sexist small talk. Truckers would also organize convoys (think late 1970s movie, ‘Smokey and the Bandit’ for a reference point) via their CB radios too, a convoy being a snaking line of trucks in a convoy formation travelling slowly down highways to make journeying difficult for other road users, with a view to reinforce a point about something close to their heart (courtesy of slow moving trucks). Closer than that there photo of their sister you hear. Anyway, that was America for you, but what we all want to know is how the UK’s relationship with the CB came about, innit.

Well, during the 1970s people in Great Britain (again, those mainly found on the fringes of society and who kept reptiles in tanks in their spare rooms) did have access to US-made CB radios, but these units were immediately deemed illegal by the British government for not complying with the BSSinclairC5 standard. This, remember, was the same government that elsewhere turned a blind eye to the various leisure pursuits of many of the male TV stars of the day. But that’s the 70s for you. So incandescent with rage were the government that they told anyone who cared/dared to listen in (on legal radio equipment, obvs) that the CB would never be legalised on the 27 MHz wavelength and suggested that anyone who opposed this should move out of the elderly parent’s home and make their own way in the world. But best to probably avoid BBC Television Centre for a couple of decades or so. You know, to be on the safe side. No, instead they proposed an alternative technology that would populate an ‘open channel’ and could be discovered on the 860 MHz frequency. We know, an awful lot of frequency chat. No, absolutely no idea either. Frequencies eh, tch. This news didn’t go down at all well with British subjects and they took to the streets in their tens to demand that the government had a rethink on their decision. Which the powers that be, apparently did in 1981. 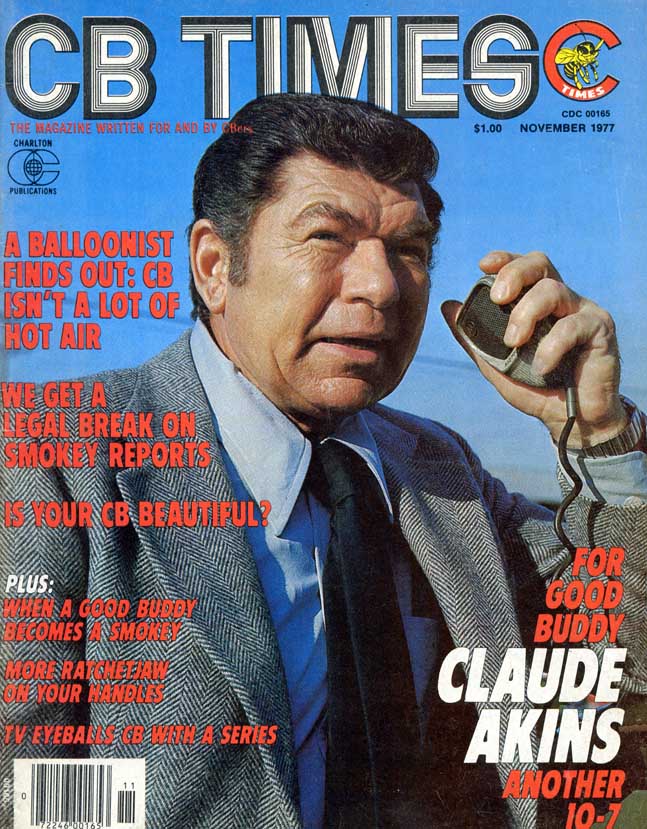 With victory theirs, the British branch of CB’ing invited Al Gross himself over to London, so as to firm up the special relationship with our American cousins. But not THAT type of relationship you understand. Gross later made the inaugural British ceremonial CB radio call from the capital’s iconic Trafalgar Square. Which was made all the more spectacular due to the fact that he actually received more than 1 bar on his handset. This seminal event proved to be history in the making, and thereafter paved the way for UK fans of CB’ing to eventually have access to in excess of 80 channels, and meant that many users would never have to speak with real people in public spaces ever again. Or Twitter as it (much) later became known.