Jenatzy was a larger-than-life Belgian race car driver at a time when most the Flatland’s turnip-eating peasantry wouldn’t have even seen a motor car. At the turn of the last century these mechanical beasts were strictly the playthings of Europe’s richest, and bravest, gentlemen motorists; even a basic Peugeot at the time would have cost the equivalent of a modern-day McLaren. 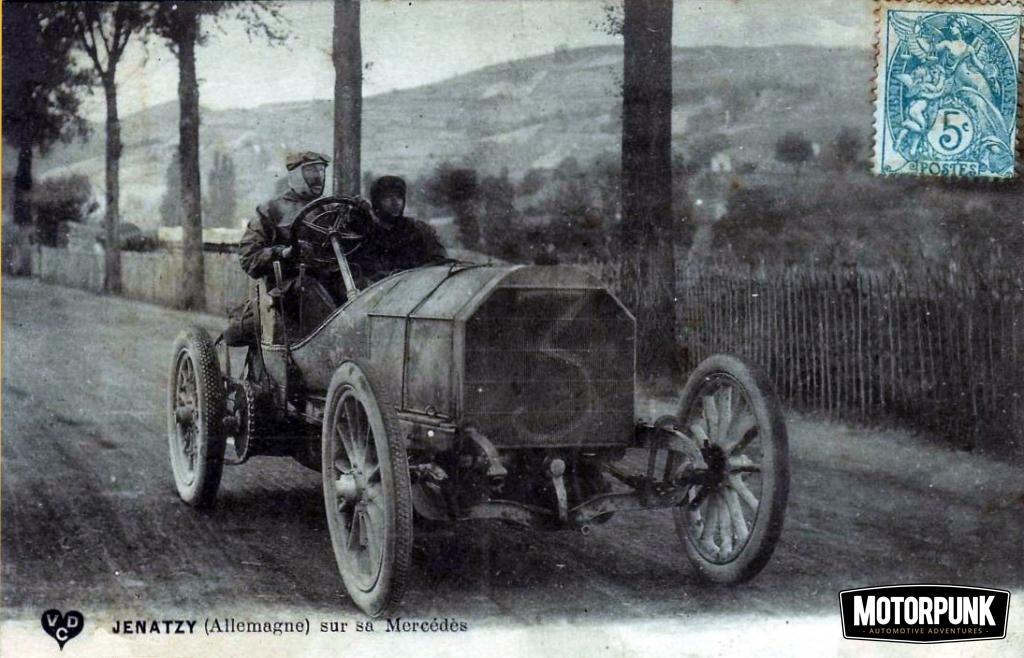 Nicknamed Le Diable Rouge (“The Red Devil”) after his fierce demeanor and pointy ginger beard Jenatzy was best known for breaking the land speed record three times and for being the first man to smash the 100 km/h barrier.

He was also the winner of the very first motor race held on British soil in the 1903 Gordon Bennet Trophy race in Athy, Ireland. As captain of the German Team, driving his fire-spitting 9.3-Litre Mercedes, he wowed the crowds with a fat No.11 burnout from the starting grid before charging down the British, American and French team cars. Spurred on by a £5,000 bonus, from the Merc top brass if he could bring the Trophy back to the Fatherland, he romped home ahead of the Gallic favourites; this was despite his terrible premonition, just before the race, that he would actually die in a Mercedes. 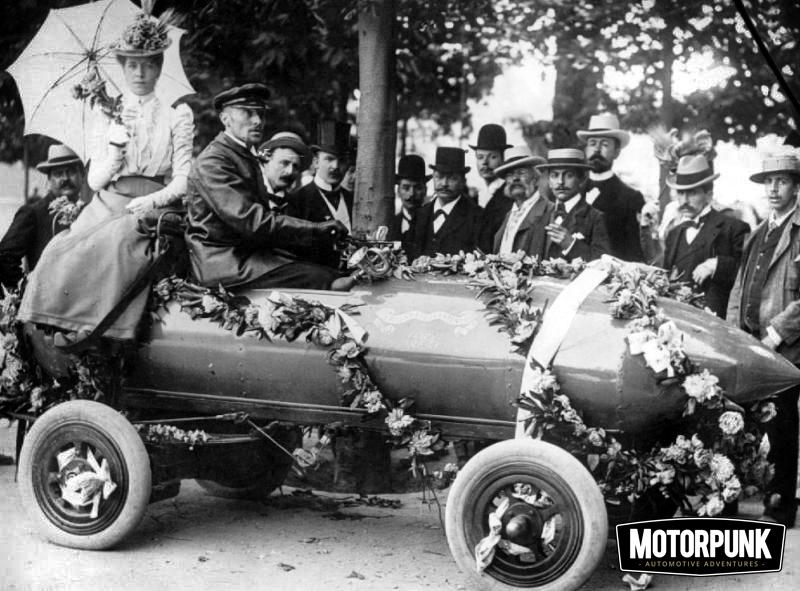 Ironically, Jenatzy died in 1913 in a hunting accident when he went behind a bush and did his best impression of a wild boar as a prank. It worked too well. His hunting chum fired at the grunting bush, believing it was a charging wild animal. When they realised it was Jenatzy, they rushed him to hospital in a Mercedes Ambulance; he bled to death en route, fulfilling his own tragic prophecy.

Camille Jenatzy was an international racing champion, land speed record holder, show-off, prankster and spectacular beard groomer who, for a short time, made Belgium considerably less boring. He should be better remembered, and for that reason it is my great honour to make him MotorPunk’s Tally Ho Hero of the month.