It’s not often MotorPunk features 11-seater, V8 powered, three-wheelers that are rear-engined with front wheel drive … oh, and have rear wheel steering, a periscope for reversing and was originally designed to fly. Welcome to the whacky world of Buckminster Fuller and his 1933 Dymaxion automobile.

Originally, the Dymaxion prototype (catchily called the ‘4D twin, angularly-orientable, individually throttleable, jet-stilt, controlled-plummeting transport’) had stubby inflatable wings and a tail plane that would lift the rear wheel off the ground – that’s the rear wheel that steered it remember! What you see here in these pics is the toned down version, three of which were eventually cobbled together ready for the 1933 Chicago World Exposition. 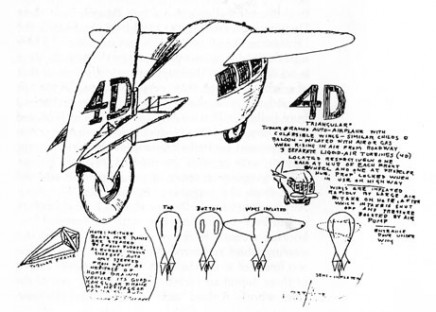 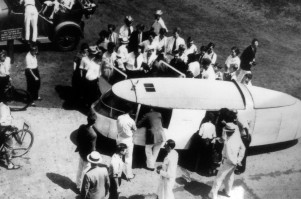 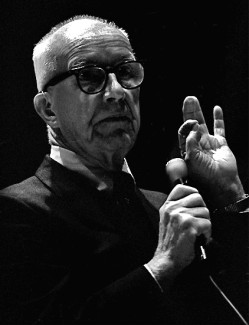 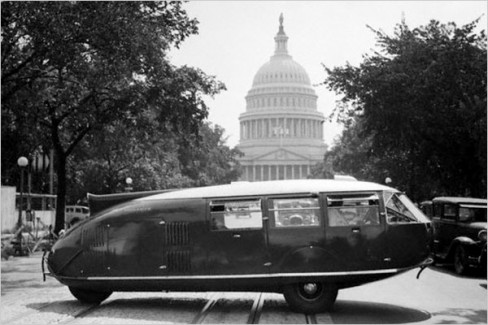 Fuller claimed that his Dymaxion (a name derived from ‘Dynamic Maximum Tension’ … yeah, I don’t know what that means either) would cruise at a ‘ton’ and achieve 30mpg from its 3.6-litre Ford lump; in reality it became unstable at anything approaching 50mph. This partly explains why, on its first major outing at the Chicago Exposition, the car overturned whilst taking a party of VIPs out for a test run, killing the driver. Interestingly, also on board on that fateful joyride was a Col. William Francis Forbes-Sempill, the infamous British aristocrat, aviator, Japanese spy and (worst of all) Institute of Advanced Motorists president, who sadly walked away uninjured.

Two more cars were built in 1934, but the bad publicity meant cancelled orders and the company soon folded. Of the three only car No.2 survives, having spent several years as a poop-filled chicken coop. No.1 caught fire and No.3 was melted down for the Korean War effort. However, British uber-architect, Norman ‘The Gherkin’ Foster, recently commissioned his own bang-on Dymaxion replica in British racing green to add to his classic car collection, which already includes a Lotus 7, Porsche 356 and a Routemaster bus. 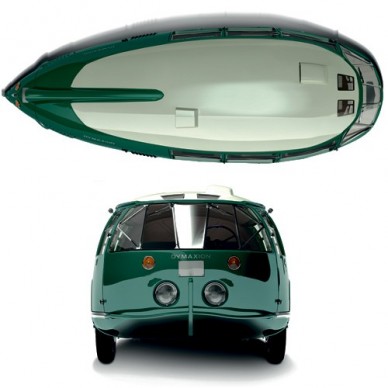 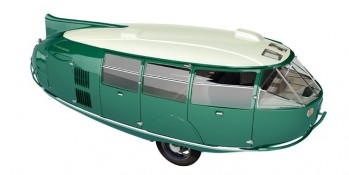 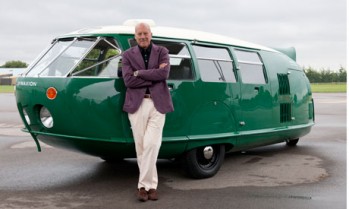 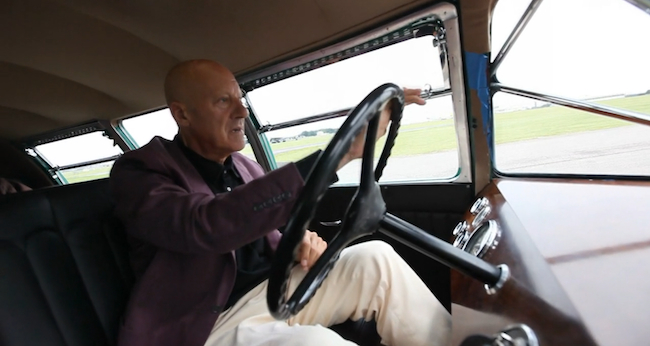 Bucky Fuller was an American crazy-man – kinder people called him a free-thinker, architect, inventor and visionary – who would often hold court at swanky soirees for up to four hours at a time extolling his ideas for Jetsons-esque futuristic lifestyles. He wore three watches, invented a two-hour sleep cycle that he thought could win WWII and was kicked out of Harvard for hard drinking and partying with showgirls. Bucky dreamt of a better, brighter future-world but he died in 1983 just as the Austin Maestro and Ford Orion were launched. Coincidence? I think not. 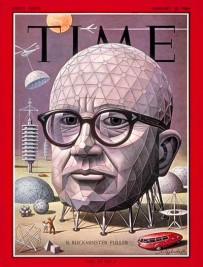 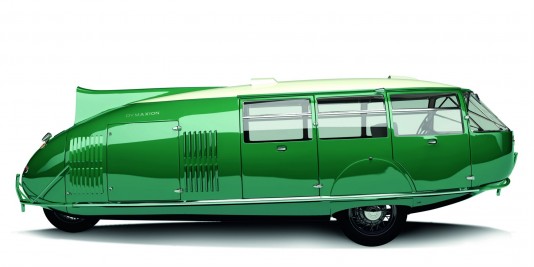 On this day, Jan 10th 1964, Buckminster Fuller featured on the cover of Time Magazine, celebrated for his pioneering architectural work with geodesic domes. Today, MotorPunk remembers him as the architect of the most bonkers MPV ever built.