Recently, Hemmings ran a feature suggesting YouTube car channels you should watch. Here are MotorPunk’s alternative YT choices. We’ve skipped the shows you likely know already, and left out million plus subscriber channels. You wont find the latest Mclaren driven by a shiny person who likes to agonise over wheel upgrades. These are channels you might have missed, with real people who like just about anything, so long as it’s old, lived a life, and y
ou can put a spanner on it. 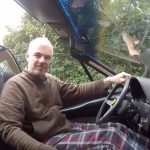 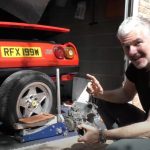 s a Brit in the style of Hoovie’s Garage, except he skipped buying cheap old dogs and went straight for a golden oldie from Enzo.
Suffering cabin fever during lockdown, Jack went for broke, making a cheeky internet bid on a sight unseen Ferrari 308GTS. The saga of his misbehaving 308, dubbed the Influenzo, has as many highs and lows as a Verdi opera. The Italian thoroughbred first fails to prance like a stallion, then
tries to kick him in the teeth. Jack bravely wrestles with the car only for it to find a new way to try and destroy his unfeasibly optimistic outlook. Reduced to wearing pyjama pants and a questionable attempt at a Magnum PI moustache, he sells his perfectly functioning BMW M135 to buy a 205 GTI for some light relief from the Machiavellian traits of his unruly 308.
Catchphrase Magnum PJ 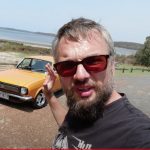 Hubnut is perhaps Number 27’s alter ego, and the man most unlikely to blow his wad on Italian exotica. He’s thrilled by pantograph wiper action rather than Campagnola wheels. Hubnut’s fleet represents a love for motoring underdogs and includes a 2CV, a Reliant Fox, a Daewoo Matiz, and ‘TUK’ his rescue Invacar. He road tests anything, anywhere. His recent odyssey down under, saw him drive antipodean only models of long forgotten BL fare, whilst a trip to Romania saw him bring back a scabby Dacia. Hubnut is the perfect antidote to a flock of straight piped Lamborghinis.
Catchphrase – Triangle of doom 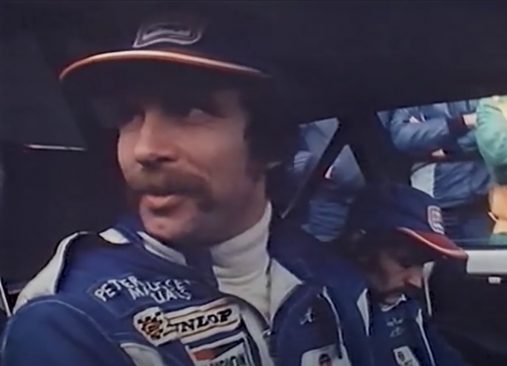 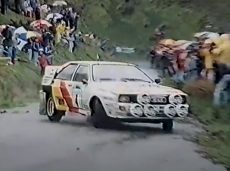 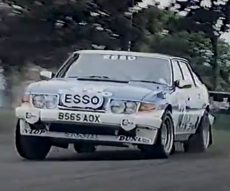 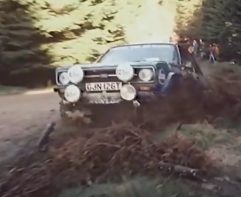 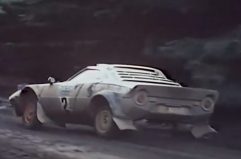 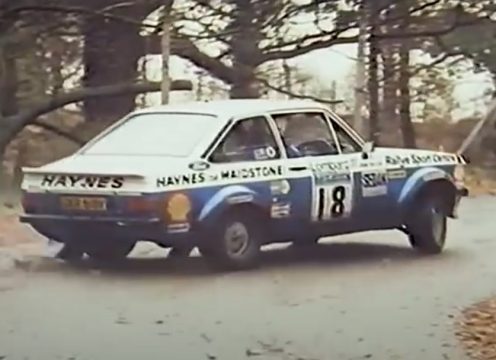 Remember when rallies actually ran through the night? When drivers were pushed to the limits of exhaustion and beyond? When your service team had a souped up Transit? If you have a penchant for rallying before it became sanitised, tune in to this channel for the clipped narration of Dickie Davies or the excited squawks of Murray Walker. Rally legends do battle in cars that you would kill to have in your garage today. Make mine a Manta, or a Stratos, and chuck in a can of Cossack for my Scandinavian Flick.
Catchphrase – Sideways saved.

Vice Grip Garage. 350K subs
You see, a guy went to a farm and found a classic that’s worth, well I don’t know, two or eleven dollars. Now with a bit of time, he can clean up the sparkulators and tickle the lightning whirler and maybe make that old car just about factree again, and all that rust there, well that’s just weight reduction. – Like a long running sitcom, this ‘Will it run?’ show is packed with catch phrases and in jokes as host Derek locates a long dead lump of American iron and pokes it back to smoky life, before driving it hundreds of miles home. Sometimes he even fixes the brakes.
Catchphrase – I’ll be dipped 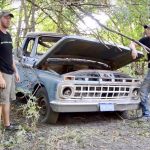 Kevin and Luke have been described as, ‘The guys you want in a zombie apocalypse’ Propelled to YouTube glory after rescuing a knackered pick up truck that sat for twenty five years in the woo
ds, JYD and TH289 are two lads in heir twenties who eschew modern cars for the joys of carburettors attached to a V8. They will get just about anything up and running, no matter how long it was parked, then promptly conduct a burn out on rotted tyres. Kevin’s also featured a Fiat 850 complete with squatting possum, and recently tangled with a TR7 and an MG. Welcome to the dark side Kevin, or as we like to call it, Lucas electrics…
Catchphrase – It’s a Ford, she’ll run 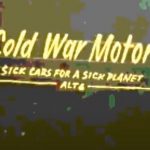 Motorpunk’s long lost Canadian cousins. Scott Newstead is living the dream. He has a house, a barn, a bar, a faithful hound, and a used car lot, circa 1960. Scott’s show is a mix of brilliant body shop
and paintwork skills coupled with junkyard hunts and mates dropping by with motors for inspection.  ‘featurettes’ within the show include ‘Turn Up The Base’, a celebration of poverty spec classics. ‘Deans Greasy Flips’ sees a mate who cant stop buying seventies shite, before trying to flog it, and there’s the politically incorrect ‘Classic Darts’ where a hardy colleague offers a consumer review nobody needs, by smoking vintage cigarettes found in salvage yard clunkers. Scott’s gang, known as ‘The Agents’ are all petrol heads with enough classic wheels to run their own private car show. Always sublime, sometimes surreal, and like Canada, sub zero cool.
Catchphrase – Same Old Shit

There’s loads more out there-who are you watching we should know about?