At 94 years old Cyril Terrance Delaney was officially the oldest licensed racing driver in the world. Tom, as he was better known, was born on this day January 8th, 1911 in London; his father was a pioneer of British motorsport having competed in the infamous 1903 Paris-Madrid road race and Tom accompanied his father to various races in the 1920s including Brooklands, the Brighton Speed Trials, Shelsley Walsh hill climbs and all the other great inter-war race meets. In 1930 Tom got his own secondhand race car, a Lea-Francis Hyper that had won the 1928 Ulster TT; the very same car that he would continue to race for the next 76 years, right until a few weeks before he passed away in April 2006. 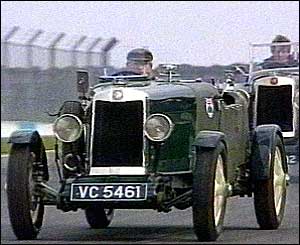 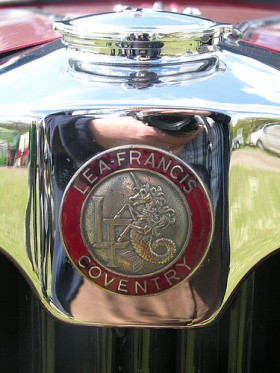 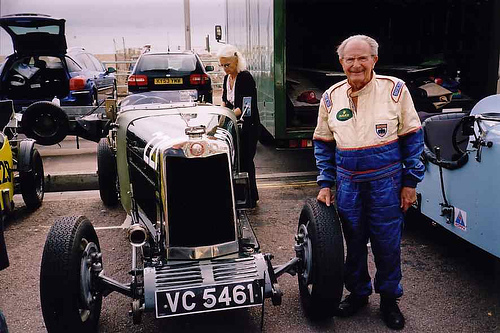 In 2004 Delaney crashed quite badly during a Silverstone race meeting. He hit the barriers at speed and was thrown clear of the car only to be run over as it rebounded off the armco. Later in hospital, when he was found to have nothing more than a sprained wrist, he telephoned his chief mechanic to see if the Hyper could be patched up and made ready for the following day’s racing.

In 2005 Delaney received the Motor Sports Association’s first ever Lifetime Achievement award to mark his 75 years of racing. His last race was at an VSCC meeting at Silverstone in early 2006; he had been invited to the Goodwood Revival meeting being held later that year, but died, after a short illness, just a few days before. In memory of Tom Delaney, his Lea-Francis Hyper is still given a good thrashing on track by one of his five sons and his granddaughter who, like the Delaney’s before them, have inherited that same passion for automotive adventure and wheel-to-wheel racing.