The BMC’s Buckboard was meant to be a feisty little attack terrier – a pintsized British alternative to VW’s Kübelwagen, fashioned from Morris and Austin odds ‘n sods, that could be dropped by parachute wherever the MoD needed it.

With room for four tooled-up Tommies, the Army’s top brass were initially impressed: construction was super-simple with only three curves on the entire bodyshell, and when fitted with a removable windscreen they could be stacked, with the wheels sitting on the wings of the car below so they could be packed into the back of an RAF transport aircraft. 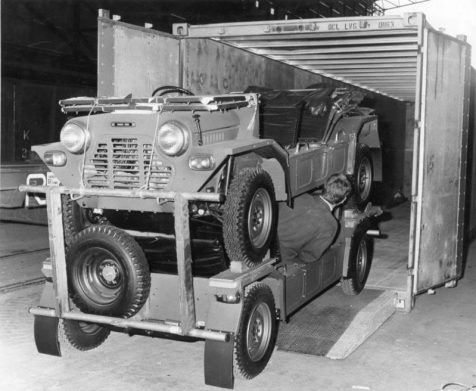 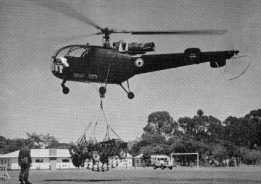 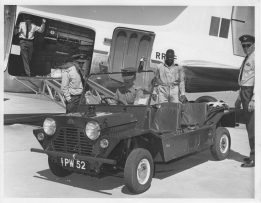 Nevertheless, the Buckboard’s most obvious design flaw was its pitiful ground clearance, hampered by the same low-slung underpinnings and tiny 10” wheels borrowed from Issigonis’s Mini. Furthermore, with two-wheel drive and just 34 bhp from its 850cc A-series (detuned to cope with the poor quality fuels found overseas) it’s hardly surprising that they decided to pass in favour of Maurice Wilks’ Land Rover. Clearly, the Buckboard was a far cry from the feisty attack ‘terrier’ that Issigonis had envisioned in 1960; what the BMC had actually built was an asthmatic dachshund that could barely drag its own scrotum out of the weeds. 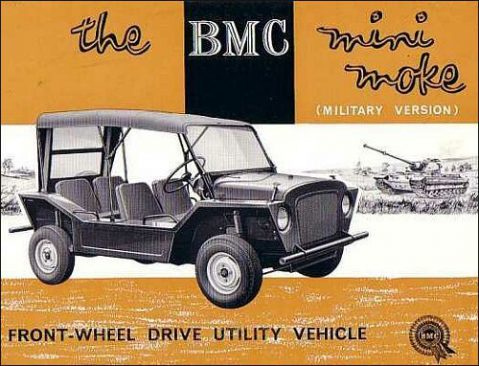 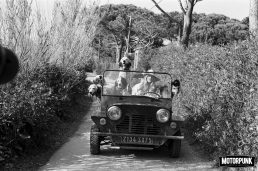 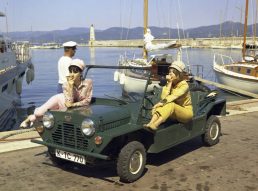 Crude, gutless and rejected by the military, in Issue 2 of MotorPunk Magazine we tell the unlikely story of how the reinvented Mini Moke eventually charmed civvy street to become a 60s fashion icon, and get to test one for ourselves, hooning around the semi-tropical paradise of Madeira on the infamous 100-mile ER101 coast road. Hope you can join us. Link to our overlords at Performance Publishing is in the banner above.