Don’t fret MotorPunks, this isn’t some piece on seminal 90s albums or anything about giddy frogmen. No, today we are going to have a natter about some of the world’s most testing turns, iconic curves and hallowed hairpins; those singular track features that help make certain circuits just that little bit more special.

It just so happens that our graphic-savvy chums at t-lab also believe that ‘the great bends of the world’ should be celebrated, and have produced a dapper set of Ts featuring some of the best with their typically minimalist ‘less-can-be-more’ attitude. And with Christmas just around the corner this might be an opportune time to forward a link of this page to your nearest & dearests. Allow room for pudding when sizing.

Suzuka is a great circuit and 130R (named after its 130 metre radius) is deservedly its most infamous bend. A high-speed double-apex left-hander coming at the end of the back straight, it can be taken flat-out in a modern F1 car. But at speeds approaching 190mph, and a massive 3.5 of lateral G to contend with, it takes nerves of steel and leaves absolutely no room for error. This design, which makes more than a passing reference to the Japanese flag, is available on a white shirt and also on a natural white shirt. Link 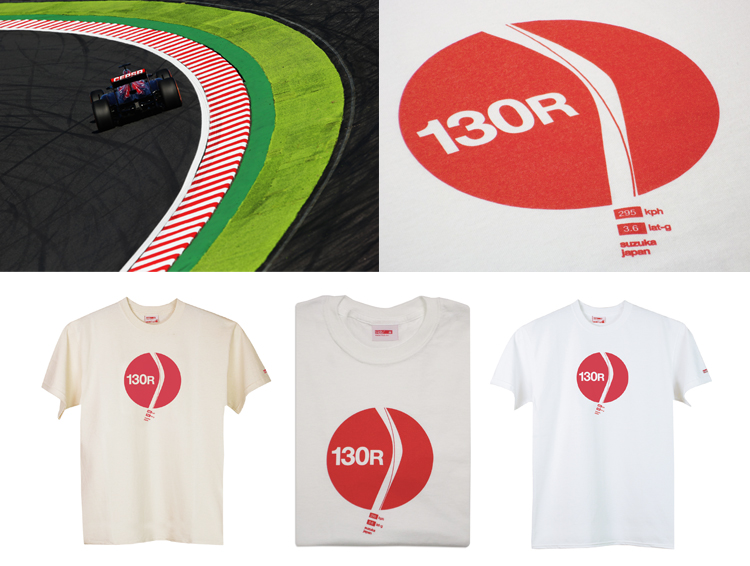 A celebration of the USA’s most iconic bend, on California’s Laguna Seca circuit Corkscrew is the jewel of the 11 turn 2.2 Mazda Raceway and is officially known as turns 8 and 8A. Many bends have fast blind approaches, others have sharp elevation drops and some have sharp left/right combinations. It’s just that the Corkscrew has them all at once in a few mad yards of track. No Xbox racing game can ever get you to appreciate the gob-smacking drop in elevation through these famous bends; at 59 feet it’s the equivalent to a 5½ story drop in just 450 feet of tarmac! Link 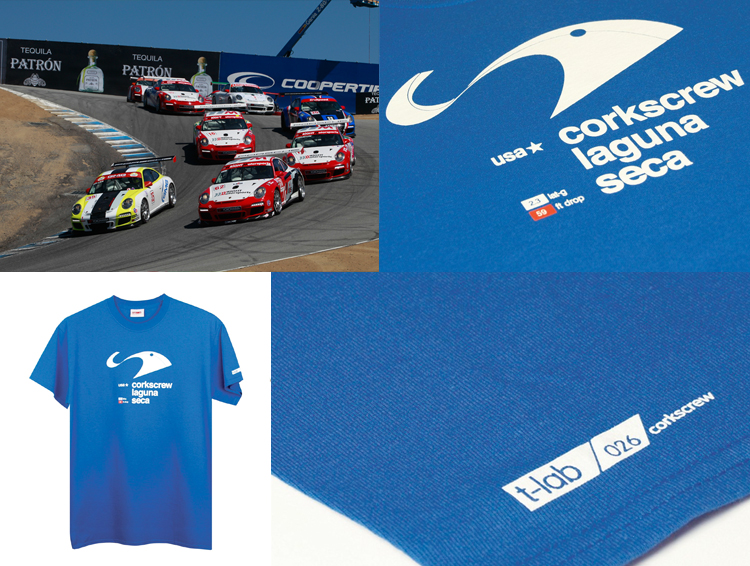 This sweeping right-hander – probably the most photogenic of all curves on the F1 calendar – gets its name from the muddy red stream that flows under the tarmac in the dip before it sweeps up to Raidillon curve a whopping 35 metres above. It can be taken flat out – as 70% of Spa-Francorchamps can – but, as the Belgians say,you’ll need ‘grande couilles’ to keep that hoof planted. Unless you’ve driven it you just can’t appreciate these huge changes in elevation; as Martin Brundle once said, “You’d better hold onto your heart in Eau Rouge, otherwise it’ll come out your throat.” Link 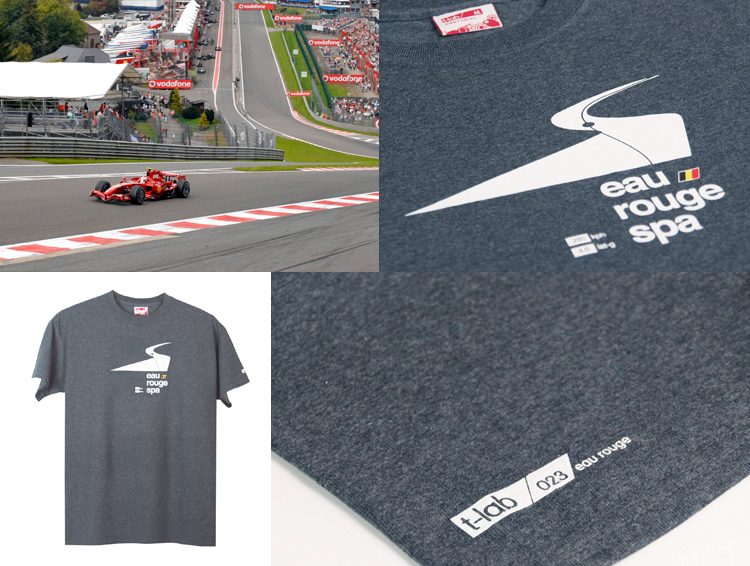 The signature corner of Italy’s ‘Cathedral of Speed’ is an increasing radius, long right-hander just before Monza’s back straight. It requires precision execution for a quick lap as it can last an agonizing eight seconds to complete even at F1 race speeds close to 200kph. Drivers getting on the power early at the exit are known to drift their cars, much to the Tifosi’s approval. Despite safety tweaks Parabolica remains a test of skill and bravery; it’s the site of Derek Warwick’s miraculous escape from a horrendous shunt in his Lotus 102 and, tragically, the spot where 20 years earlier Jochen Rindt was killed in his own Lotus 72 before posthumously winning the F1 drivers title. Link 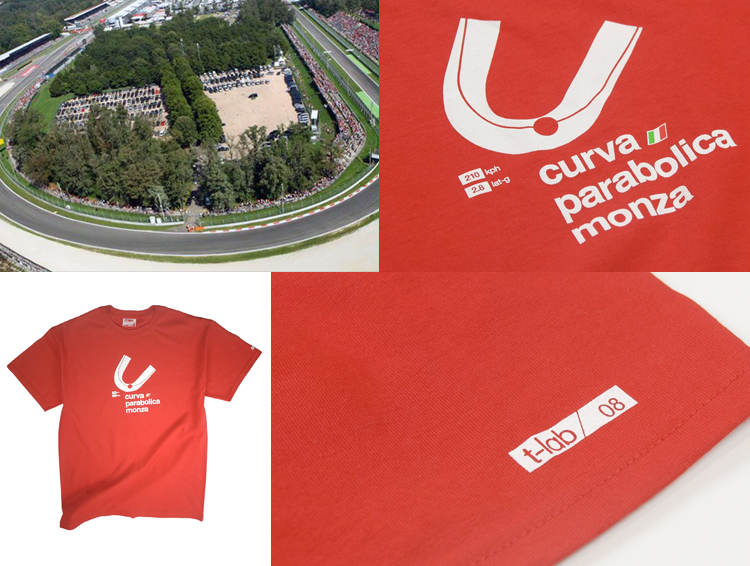 This 270 degree roughcast concrete bank was originally only here for drainage purposes with the main racetrack going around the top. However, when legendary ‘30s German racer, Rudolf Caracciola, took a short cut through it, hooking his inside wheel into the rut, it soon became part of the racing line. Despite being one of the slowest sections of the Nürburgring today’s steep banked curve is a thrilling boneshaker, a car-breaking test of your motor’s suspension and a bucket list bend for any genuine petrolhead. Link 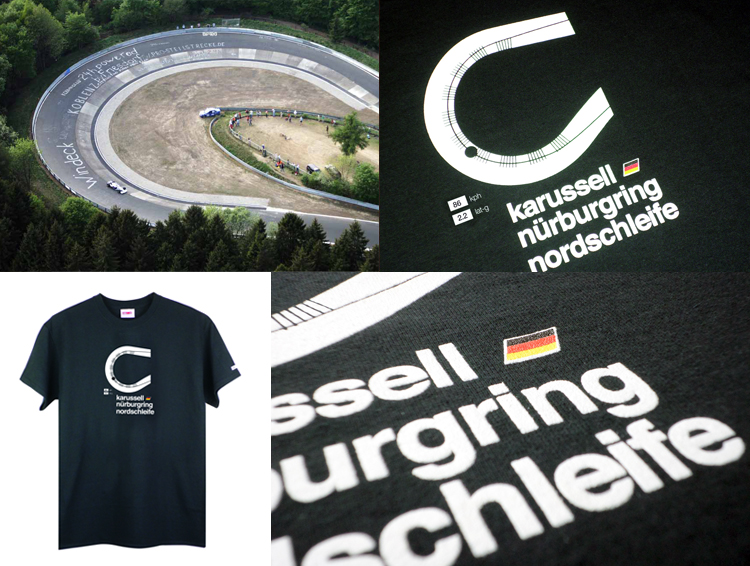 Other bends are on t-labs‘ to-do list. Drop them a line if you you’d like to see your fave interpreted.