Watching the spectacularly named Bardarbunga volcano erupt on the internet today it seems like an opportune time to write about how not to escape volcanos, based on my previous experiences. I seem to attract eruptions. Earlier this year I was filming an XCAR feature when Etna erupted and made a mess of my travel plans. A night on an airport floor with a farty Dr Octane sleep-talking about MGBs next to me was a minor inconvenience compared to the previous event, when the [cut, paste] Eyjafjallajökull volcano erupted in 2010.

When Iceland went pop in 2010 I was stuck in Norway for days as all flights were cancelled, living off pickled fish and stale beer, when I eventually scrounged a Peugeot van from a friend. Hoping to spread some good karma I offered a lift to a random Brit who was stuck at Sandefjord airport and set off for home. He looked respectable enough but arriving at the ferry terminal from Norway to Denmark my passenger announced he had no money. I paid for his crossing. And a sandwich. And coffee. Arriving in Denmark late at night I pointed the van south and drove like the clappers. 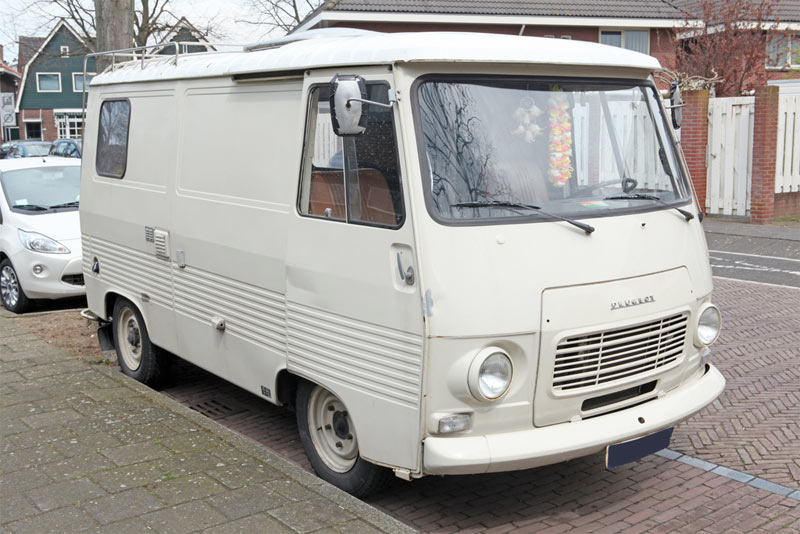 Not the actual Van

Hitch-hiker complained about my speed, my hangover, my choice of music and the price of the Hotel I found on the roadside. £40 for a room for the night seemed good value to me but he wanted me to drive the streets of Denmark at 1am looking for somewhere cheaper. No chance.

He asked to sleep in the same room as me to save money and was only (just) deterred when I told him I masturbate at least ten times a night. We agreed to meet at 0800 in the car park and I set my alarm for 0600 with the intention of going early and leaving him behind. He twigged this and was stood by the van at 0615 when I opened my curtains. Bah. A super-high speed blast across Germany and we hit Holland, where Hitch-hiker insisted we use his TomTom, even though I knew the route well and was tight for time to catch the last slot on the overbooked ferry. After an hour going completely the wrong way I told him to switch his TomTom off. Fortunately French speed cameras don’t identify the green reg plates of Norwegian registered commercial vehicles. We made the ferry, just, and I had to pay for Hitch-hikers ticket. Again. The ride from Dover was only interrupted by a monologue about God and morality and an excuse for not having any money for the Dartford toll. At Stansted my patience snapped when he asked for help to find his car “I don’t recall the exact type or registration, it’s a small grey hatchback” amongst the thousands of small grey hatchbacks in the long-stay carpark. I physically kicked him out, slung his bag into a hedge and set off for home in Leicestershire, making sure I set off every single camera on the A14. There are quite a lot of them. It was quite therapeutic.

It took me 2 days of flat-out travelling to get home, after many days stuck in Scandinavia, and I promised to never be caught in such a situation again. So where am I writing this from? The departure lounge of Sandefjord airport, watching the bloody Bardarbunga volcano erupt on the internet and wondering how I’ll get home this time. I won’t be offering anyone a lift.