Colonel Rich Duisberg and Dr Octane risk their livers with an unusual lap of the Goodwood circuit.

Despite firing off a broadside of begging letters it became apparent that no-one was prepared to lend MotorPunk a priceless classic to participate in some racing at the Goodwood revival this year. Even if Ferrari had coughed some keys to a 250GTO our lack of celeb credentials meant we wouldn’t be rubbing chrome with Rowan Atkinson and that fat northern Chef, thingy, what’s-his-face. Sat in the press tent watching the real Journo’s hammer out race reports you’ve probably already read in WHSmiths, Dr Octane and I hatched a plan combining our two favourite things: drinking and racing. Starting in the press tent we were to each take a drink in every bar on site, the winner being the first person to reach the Speckled Hen tent, a one-lap dash.

The man from ‘Ferrari Fawning Weekly’ kindly dropped the flag and we burst out of the tent and took a hard right, both Dr Octane and I sauntered through a paddock of Lotus Cortinas. Yes, sauntered. Neither of us was going to show a lack of decorum by actually running, PE is a sweaty and unpleasant business and therefore this race would be won on cunning, guile and bladder capacity. My first stop was the Veuve Cliquot tent for a cold glass of bubbly, this took longer than hoped for as I insisted on a glass champagne flute, not half-pint plastic beaker. I had already lost Dr O. Perhaps he had been refused entry, his tweed did have the unmistakeable aroma of a charity shop, I must be ahead already. I had gone purple in the first sector. I loosened my worsted tie and took a good chug of Port and Brandy from my hipflask. The press armband meant we could cut through the Paddocks where, after snapping a green ERA, I accidentally meandered into Keith Chegwin. After exchanging apologies and enquiring if he was enjoying the revival I shook his hand and said “how very nice to meet you, Keith”. At this point Keith visibly wilted and his smile dropped. This is because it wasn’t Keith Chegwin. It was Noel Edmonds. 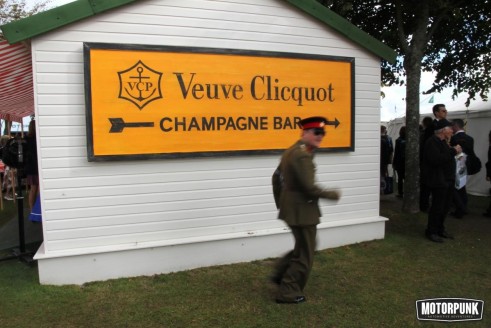 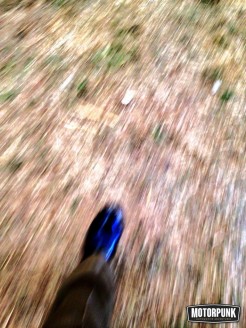 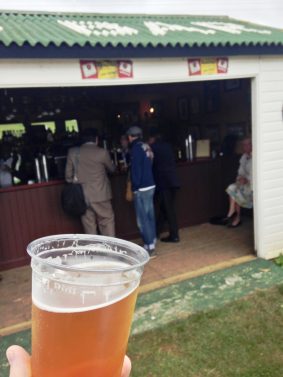 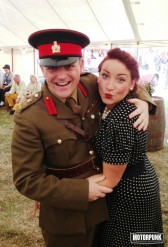 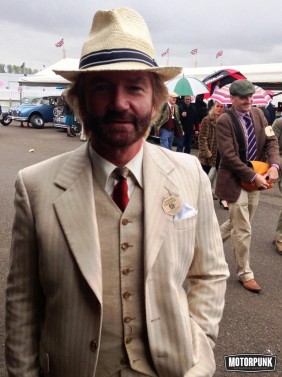 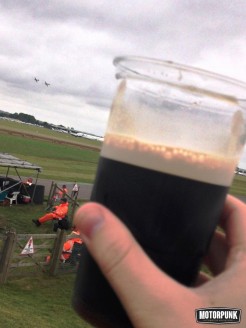 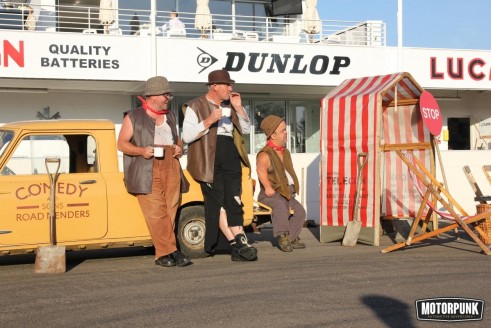 From here I needed to head to the outfield, so through the crowds and under the tunnel on the Lavant straight and down to the Lavant corner bar for a glug of the goodness of Guinness. Then a long left to St Marys, hugging the apex, and gulped another pint whilst watching a Spitfire. From here was the long slog down Madgewick but I was struggling for grip in my army surplus shoes. As I ambled along Dr Octane passed, having hitched a lift on the tractor bus service, sailing into an unsporting lead. Schumacheresque behaviour. A pint at Madgewick, then bimbling through the crowds to Woodcote for another as fast Fords took to the track. Feeling gassy now I had to slacken off my Sam Browne. Room for a G&T. No lime, thank you, there’s no risk of scurvy here. 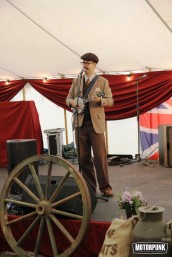 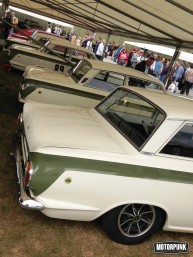 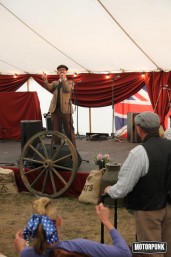 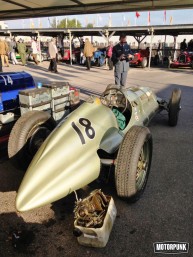 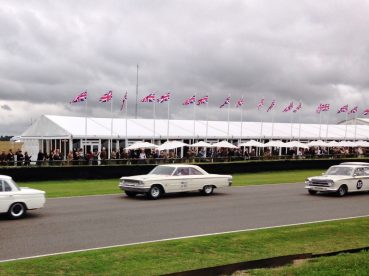 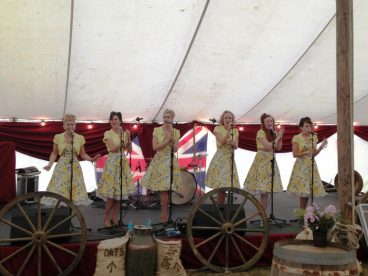 A win was in sight, over the pedestrian footbridge into the free “over the road” section for another Guinness, passing the Chap Olympiad who were performing their moustache tug-o-war. Where was Dr Octane ? His bladder had almost ruptured under load and he had been obliged to pit, I spotted him as he exited the latrines, fiddling with his flies and staggering down the steps in what was surely an unsafe release. Our paths converged towards the finish line, the bar of Speckled Hen tent. I was momentarily delayed by a quick squeeze with the lovely Elle and the Pocket Belles who were warming up for Mr B the Gentleman Rhymer. Dr O nipped in for the win. Congratulations, Sir.

I’d missed that fat northern Chef on track, done considerable damage to my liver, seen a Spitfire and accidentally insulted Noel Edmonds. It was one the best days of my life.