Tatra is a fascinating company. It’s hard to tell the story in one short feature, so this is just a taste; Tatra built one of Europe’s first cars in 1897 and quickly built a reputation for technically advanced, streamlined cars. Old man Porsche was heavily influenced by Tatra designer Ludwinka’s work when he built the Beetle; “sometimes I looked over his shoulder”. Germany was so impressed with Tatra that they allowed production to continue when they invaded in the second world war. German Officers, perhaps accustomed to the similar looking but weedier Beetle, managed to regularly crash Tatras and were eventually prohibited from driving them. 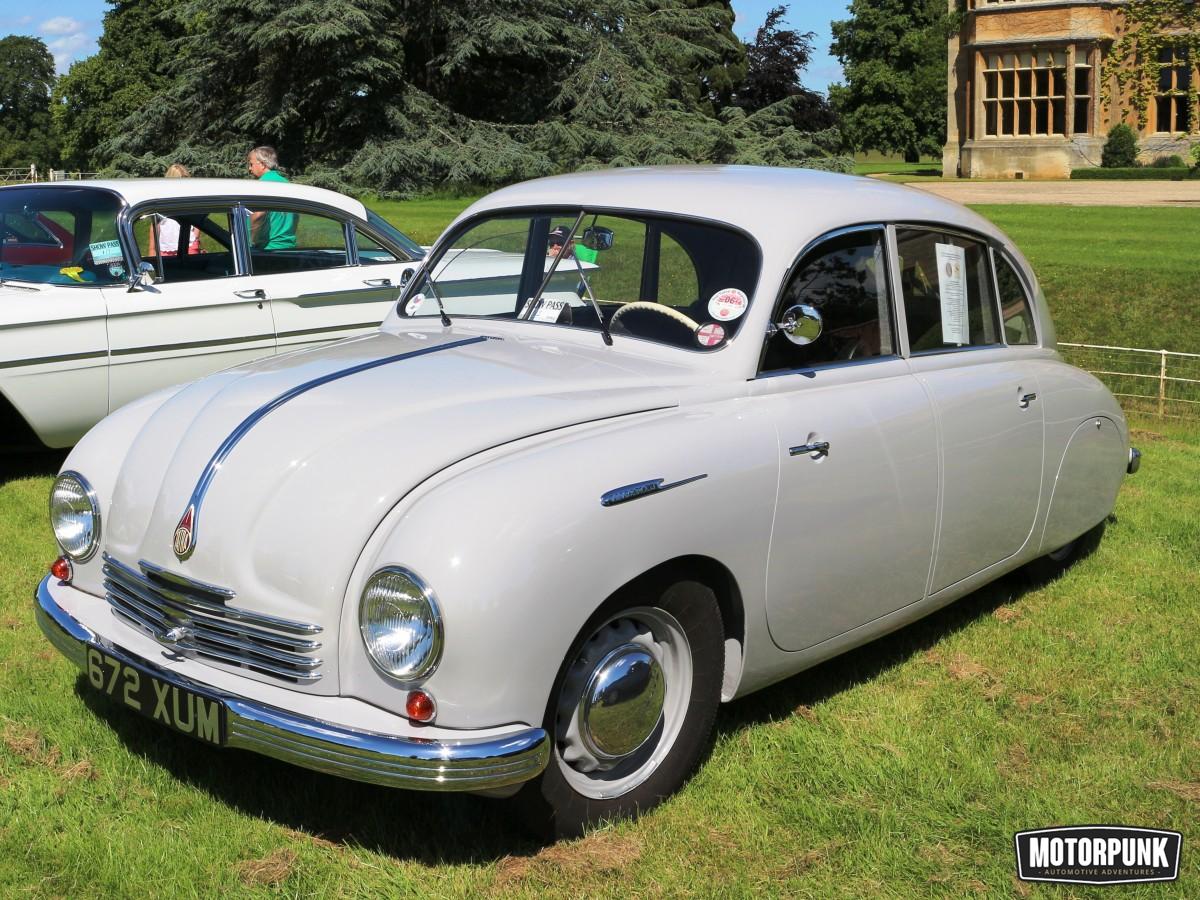 After the war VW paid Tatra a million Marks in an out of court settlement relating to hoo-ha about the Beetle. Even communism couldn’t stop Tatra. In 1949 they built this, the world’s first (and only) full enveloped teardrop streamlined car, the T600. Look at that shape. The drag coefficient is 0.32. Even the underside is completely flat. Round the back there’s an aircooled twin carb fed flat four engine making 52 BHP yet because of the shape it will hit 85 MPH and give 25 MPG. Remember, this was way back in the ‘40s and with few resources. This example (one of only seven on UK roads) has been fastidiously restored. The front trunk holds two spare wheels (Czech roads in the ‘40s were as rough as British ones today, it seems). Look at the details; Suicide doors. Gorgeous interior. That clamshell engine cover. This is more than a Beetle could ever be. 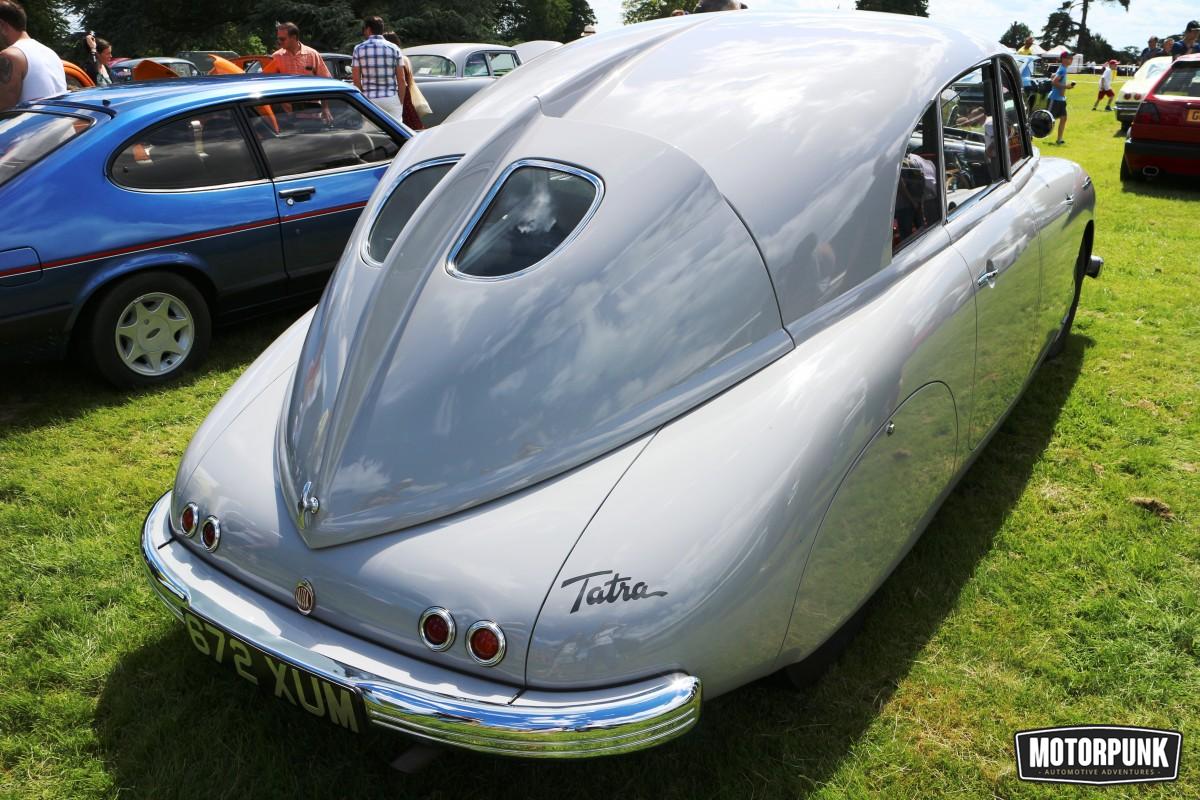 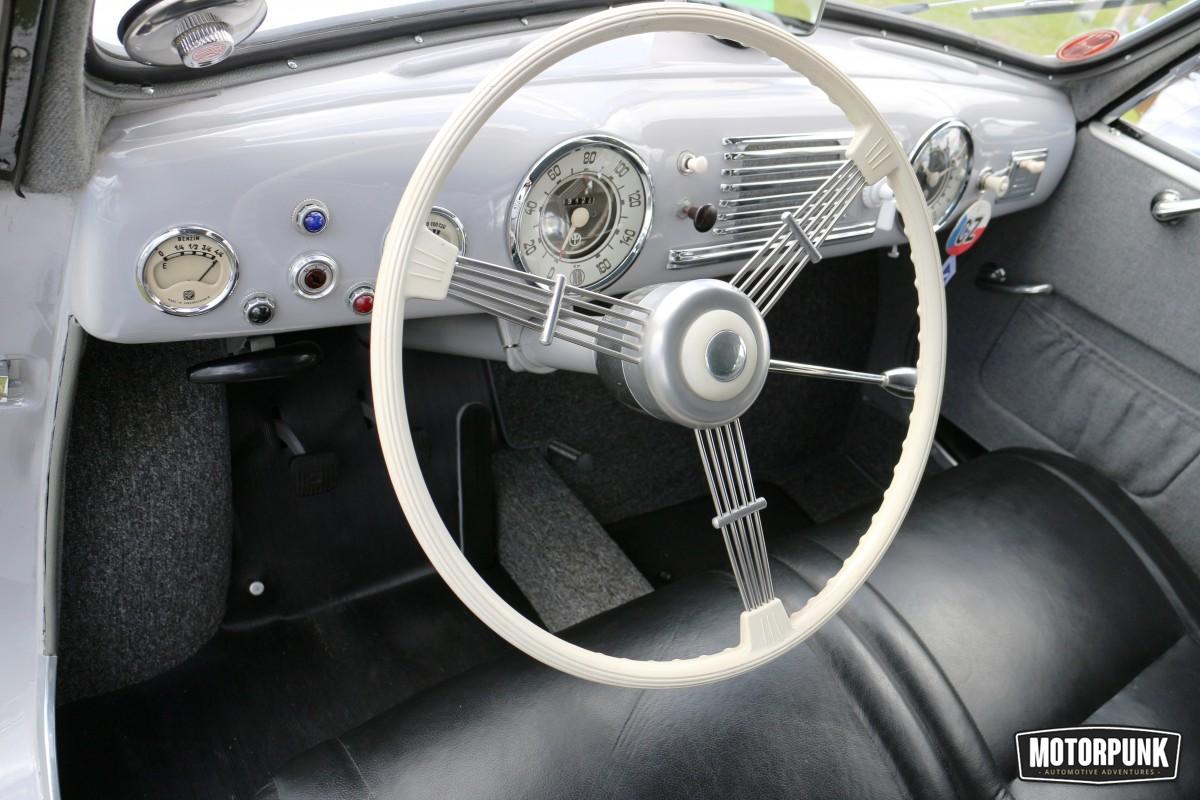 Even the cloud of communism didn’t stifle Tatra. Soviet top brass was fed up of Russian made luxury cars and allowed Tatra to build further models for their use, such as the T603. They made a peculiar promotional film called ‘Happy Journey’, showcasing the car’s performance and seemingly encouraging dangerous driving, it’s on YouTube here and never fails to make me smile. 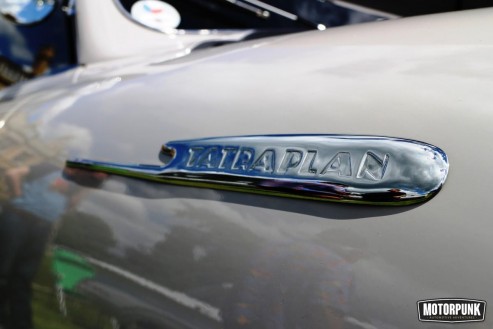 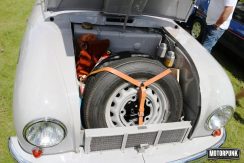 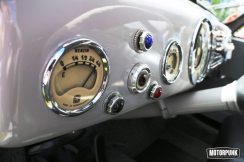 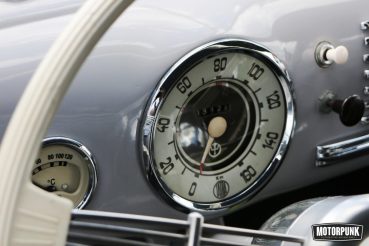 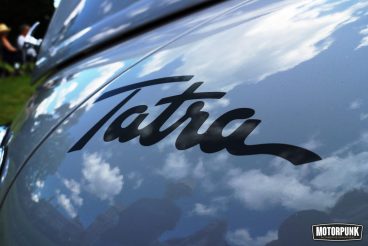 The T600 pictured here belongs to our friend Mr Margolius, we thank him for letting us enjoy this incredible machine.

You can buy his book about Tatra on Amazon. It’s a longer story than we can tell here.