What makes MotorPunk unique is an eclectic mix of roadtrips, retro motorsport, intercontinental adventuring, appreciation of modern classics and, above all, a genuine passion for the ‘best of British.’ If you’re looking for a group test of diesel hatchbacks, written by someone who doesn’t want to upset his advertisers, then you’re going to be disappointed. If you’re looking for automotive adventures for the modern gentleman, written by gung-ho chaps with a hint of a hangover, then you’re in the right place. 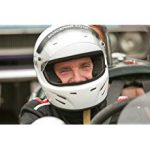 When he isn’t blogging or scribbling for various print magazines, ‘Dr Octane’ can usually be found up to his elbows in some unloved piece of BL detritus. Darryl produced the epic tome 1001 Road Trips (Quarto, 2017) and is currently researching a follow-up book about the world’s greatest automotive adventurers. As a freelance writer and regular presenter on CBS’s XCAR and Carfection’s online motoring channels, Dr O’s other hobbies include vintage Scalextrics, ‘60s Bang & Olufsen and dicing with the back markers in his classic MG Midget. Darryl mans MotorPunk’s Welsh Consulate and is at a too-late-to-back-out-now phase of building a museum/mausoleum to classic British sportcars in the grounds of his crumbling pile. You
can see a portfolio of his stuff at www.darrylsleath.com 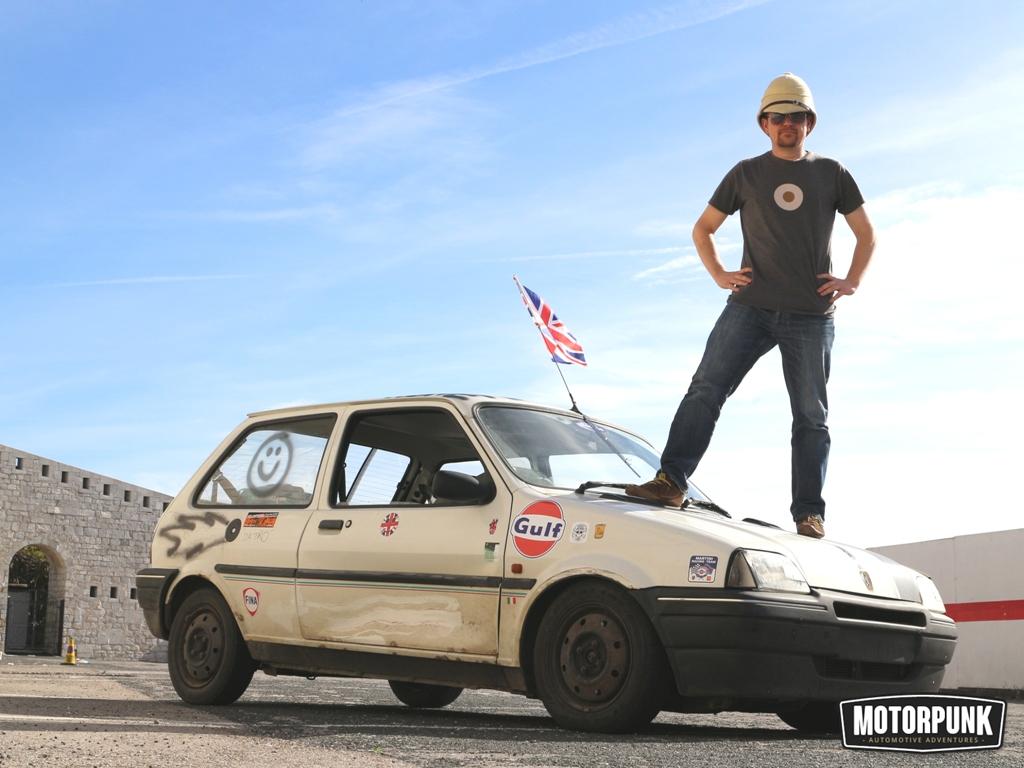 Rich Duisberg* has had work published in Classic & Sportscar, Practical Performance Car, Modern Mini, Banzai, MogMag, Evo, GT Porsche, Complete Kit Car, Absolute Lotus, Alternative Cars and elsewhere. Rich often appears on CBS’s XCAR and Carfection channels, and Motors TV, enthusing about historic motoring. His latest book (here) was described by SniffPetrol as “hilarious”, although he was also threatened with legal action by 60 year old DJ Tim Westwood. In his Midlands man cave is a 1972 Fiat 500, a Lotus Elise, a BMW barge and a vintage Royal Enfield pushbike. Previous machines of interest include an Mk1 MX5 (owned for 14 years!), an Alfa GTV6, a Porsche 968 and a Sinclair C5. The Metro (right) was bought for an experiment, and abandoned in Africa. “I am not getting in a car with him” –  said Le Mans winner, Derek Bell.

*A nom-de-plume inspired by the BBC’s League of Gentlemen. 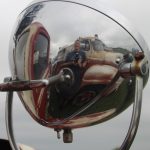 Steve turns any opportunity to write about cars into a roadtrip. It’s seen him ride shotgun in a Bentley Blower with Clive Cussler, and cross paths with automotive YouTubers in Canada and the US. His work has been published in Classic Cars and Classic American and some magazines that no MotorPunk reader has ever heard of. When he’s not writing or driving you can find him kicking tyres at seedy auctions and hawking junk optimistically described as Automobilia 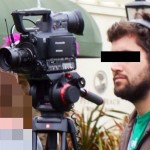 Underwent a bruising interview on MotorPunk’s casting couch before realising that a) we’re not a real movie company, and b) there was no film in the camera because we don’t know how to work it. Nick’s camerawork credentials include a lengthy spell at CBS’s XCAR/Carfection, and work for a Premier league football club, before going freelance. Nick can be called upon to turn MotorPunk’s often half-arsed ideas into rather splendid films, his ‘once more’ sobriquet being earned by his desire to take the perfect shot, both on and off the casting couch. 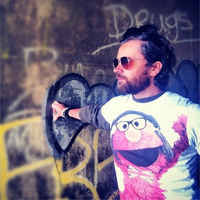 Yeah, it’s him, Bateman. Like the one from American Psycho, but less cuddly. Dedicated follower of all things 1990s Japanese coupe-ish and former poultry-comforter, Bateman claims to have once seen The Clothes Show’s Jeff Banks on a pavement on the other side of a street (although could easily have been someone else); and who’s first car interfacing involved a 1968 Triumph Herald 1200 and a middle-aged man’s lap. Today he’s better known as one half of failed social media-only F1 GP commentating duo, MotorSpurts, and an erstwhile beard-grower. Has previously contributed to motoring blogs and police ID parades and hopes to be reincarnated as Michael Knight. Should never be left unsupervised in the company of Mormons.

Who is that damp looking chap, under an umbrella, sat dangerously close to the Apex waving his Nikon? It’s Rad Pajor, MotorPunk’s moonlighting Photographer, making sure the drivel written by the chaps above has something pretty go with it. Rad lives in Nottingham and does something clever at the University we’ve never really understood. He is the 303 Squadron of MotorPunk’s airforce – ill-equipped and paid badly but doesn’t need asking twice to get up at 4am and shoot a German (car).