We visit the Classic Motor Show at the Birmingham NEC

It’s hard to believe that the Classic Motor Show has been going for nearly thirty years now; in fact, most of the vehicles that the eager mullet-sporting visitors drove to the NEC’s first event have since been kicked out of MotorPunk’s CarClub 18-30 for being too old! To give you an idea of how long this show has been running, in 1984, when Radio 1 DJ Mike Smith and his girlfriend Sarah Greene opened the very first show, the brand new Ferrari Testarossa, 205 GTi and Toyota MR2 were adorning the walls of schoolboys’ bedrooms (and maybe the Austin Montego and Lada Samara too if they had learning difficulties); petrol cost 46p a litre, road tax was set at £100 and Britain’s best selling motor, the Ford Escort, cost a sneeze over £4k.

From its humble beginnings, spread across two halls, today’s show now sprawls across eleven to accommodate 269 motor clubs, dozens of trade stands, 1,500 cars and 300 motorbikes; when I entered the NEC this year I really couldn’t get the words “kid”, “like” and “sweetshop” out my head! 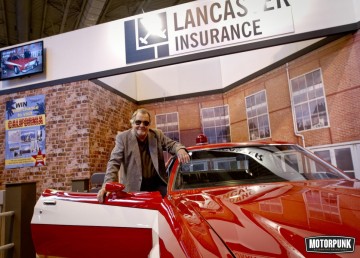 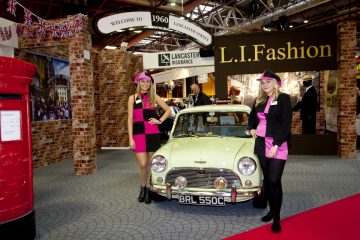 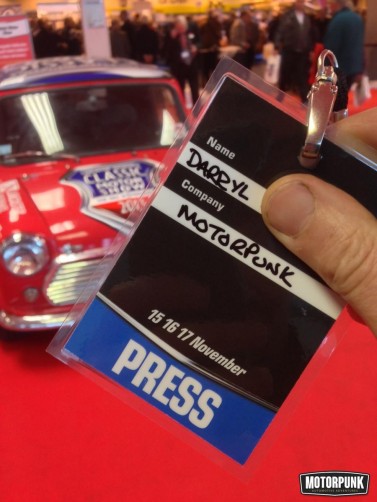 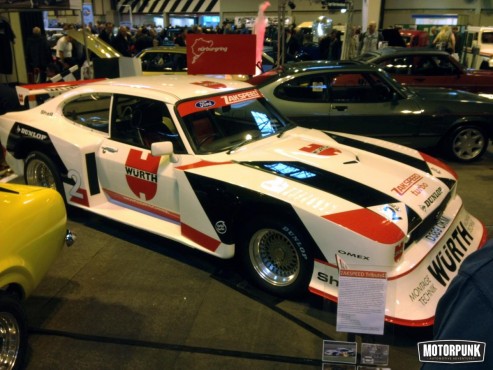 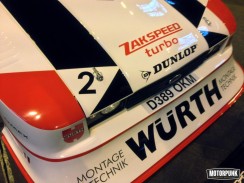 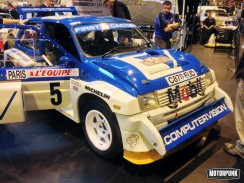 Old favourites like the Wheeler Dealers and the Practical Classics crew were on hand making car restoration look deceptively simple, whilst car fanatics with real money joined the bidding at Silverstone Auction’s two-day sale.
In total £2.85 million pounds worth of motor went under the hammer, including a gorgeous Aston Martin DB5 for a well-over-estimate £362k; however, lovely though that was, and despite the concourse Astons, Gordon Keeble and other pricey exotica, if I could have taken just one car home it would have had to be the Speedwell accessorised Mk1 Mini Cooper S in lime yellow and white. Simply stunning.

In addition to Mike and Edd there were other celebs stalking the halls; Sterling Moss, Chris Evans and Craig Charles were all there somewhere, but the biggest crowd pleaser had to be 70’s TV icon, cardigan champion and soft ballad crooner David Soul who was reunited with a lovingly restored, Starsky & Hutch inspired, red and white-striped Gran Torino. There were also dozens of club stands and car tour companies, dotted throughout the halls, encouraging folks to get out and use their classic P&Js on automotive adventures and grassroots motorsports, while the Sporting Bears took visitors out for 10-mile blasts around the less-lovely parts of Birmingham in their squadrons of supercars and various quirky classics in return for charity donations (raising £41,000 in fact, over the three days. Well done chaps). 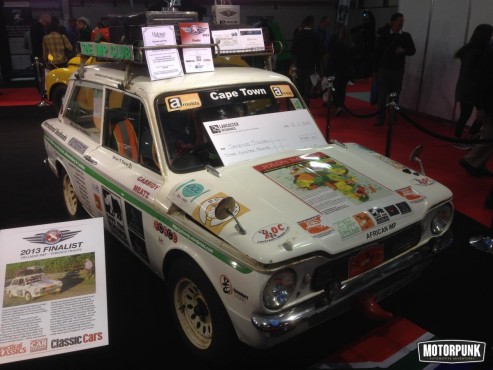 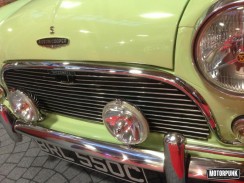 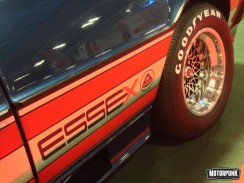 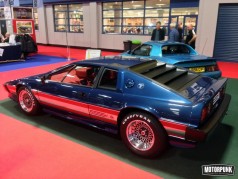 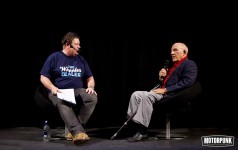 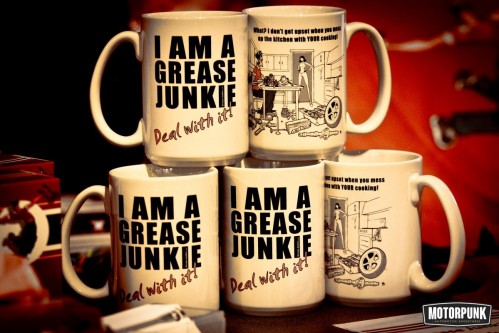 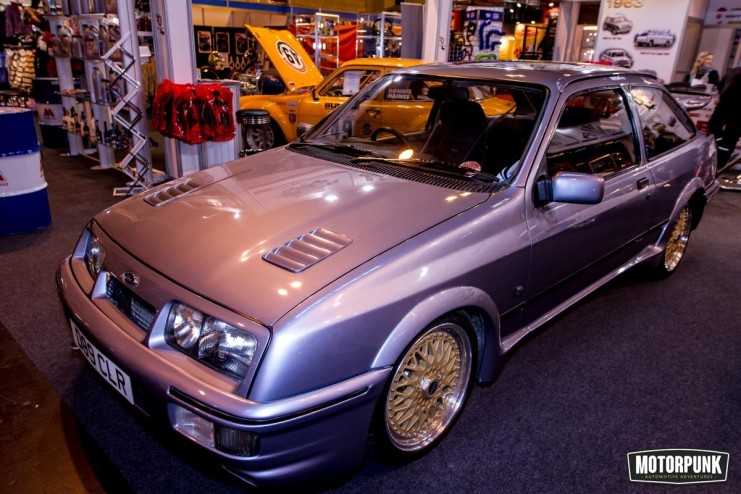 The reason why the Classic Motor Show is scribbled onto my kitchen calendar every year is because it’s so eclectic; there’s something for everyone. If you secretly like British Leyland’s Marina, Land Crab or Allegro (and I’ll admit nothing here in print) then you can chat away with similarly deluded anoraks without fear of ridicule; you can talk TR6 paint codes without anyone yawning; you can moan about Midgets’ rubber bumpers without glazed expressions. 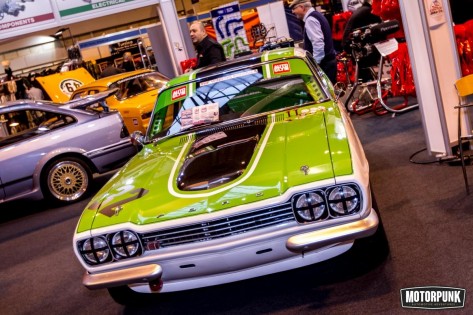 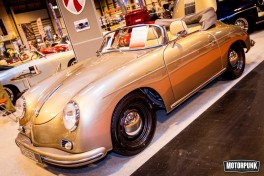 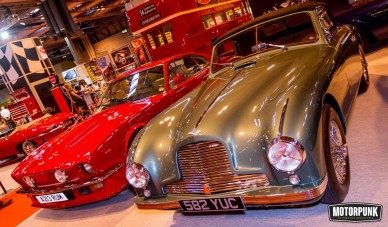 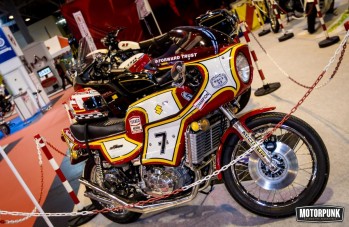 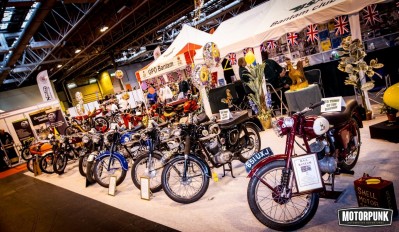 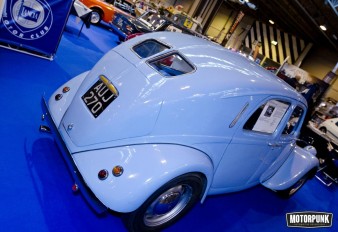 I think it has a great atmosphere; everyone is extremely friendly and there’s little marque snobbery – it’s like a giant dinner party for car bores without the vol-au-vents and James Blunt CDs. 65,000 folks attended this year’s Classic Motor Show; if you haven’t yet been, you really should.

For information on this years show, check out www.necclassicmotorshow.com 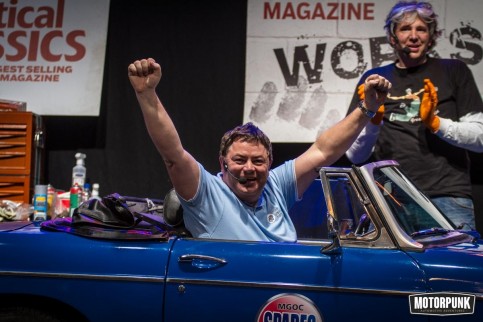 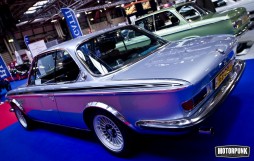 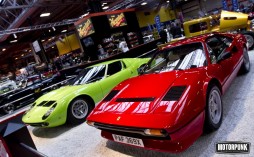 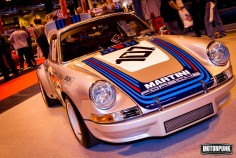 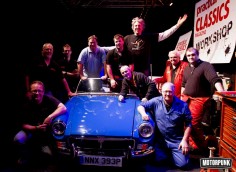 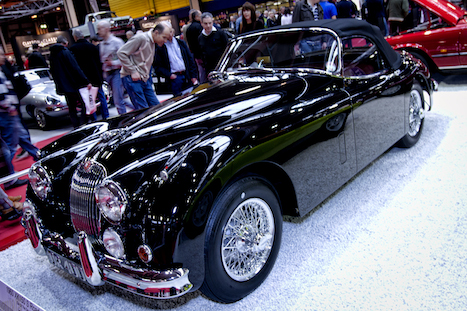