MotorPunk’s CarClub 18-30 Trackday IV – a celebration of all things cool, quick or quirky built between 1985 and 1997 – returned to the fabulous Blyton Park circuit for a second time on May 1st 2015; another resounding success with roughly 30 modern classics taking to the track in a glorious sun-kissed East Midlands.

After a cock-up with dates last year, which was entirely my fault, it was now my turn to take over the roll of event organizer (a title that I only formally recognize now, nearly a week later, since nobody was maimed or injured by some exploding thirty-year-old snot box) since Rich has been so busy with the MotorPunk Sprint Series. But, to be honest, we couldn’t have wished for a better mix of cars and characters; everyone was courteous on track, there were no black flags for unwelcomed hoonery and everyone mucked in to help with the mechanical maladies that invariably crop up when you get these sort of motors together.

It’s perhaps worth noting that Rich and I, as well as another half dozen chaps that were at Blyton this year, first met up during the Scumball Banger Rallies of the mid-noughties. It was always the case that the most loved and fettled machines, from the German and Jap marques most famed for their reliability, have always had the most grief on MotorPunk tours and trackdays … an automotive Sod’s Law if you will. 2015 was no exception, with Mikey’s Lotus Eclat, Ben’s £200 Pug 106GTi and my own guano-white MX-5 (which hadn’t turned a wheel since last summer’s event) running non-stop all day without missing a beat.

Conversely, Tom’s carefully track-prepped Nissan Pulsar GTI-R managed just two and half laps before some engine-thingy popped; Porsche-pedant David, who can even out geek MotorPunk’s Mr. Duisberg when it comes to Stuttgart’s finest, was also rather red-faced when his lovingly spannered 944 Turbo S ejaculated its coolant and stopped play for half an hour. Sadly, some didn’t even get to spank their beautifully prepared 18-30 chariots at full chat; Ben Weaver’s hardcore bi-spoilered 993 would probably have been the quickest thing on track by some considerable margin … had it’s flat-six howl not set off car alarms in Peterborough and got black flagged for being “a bit too shouty”! 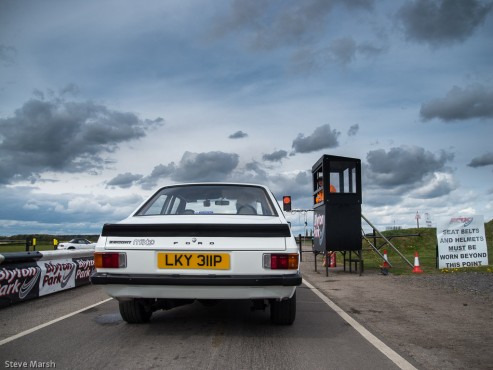 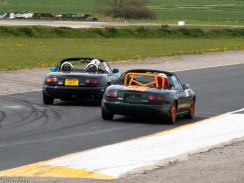 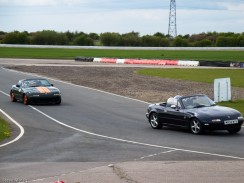 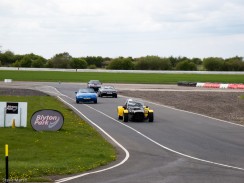 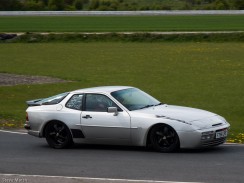 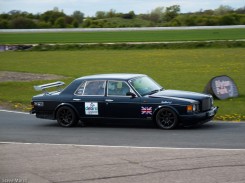 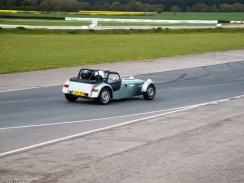 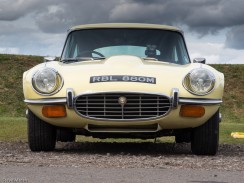 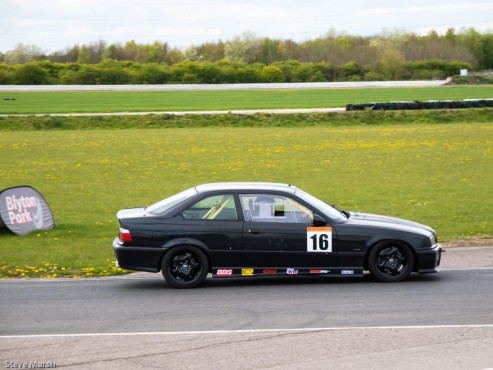 As you know, MotorPunk champions any form of Automotive Adventuring, and getting new folk to venture out on track for the first time is something we are keen to promote on our trackdays. And so we had throughout the day a number of 20 minute novice-only sessions to help the circuit virgins find their feet. Sam, Tim and Tom soon got to grips with Blyton’s flowing corners in their MX-5 as did Phil in his red Z3 and Jonathan in his lovely plum TVR S3. Mike had also brought the 190E 2.3 Cosworth that we’d borrowed from its previous owner for that Senna tribute film we did with XCAR in early 2014. Mike clearly loves the Merscabies as much as we do and nursed the old girl gently round for those early novice sessions … we didn’t have the heart to tell him how hard we’d spanked his P&J around the Nurburgring a year earlier!

Before the afternoon session, and we switched to an Open Pit Lane, Rich and I dished out a few crappy second-hand trophies over lunch:

The Concourse d’Elegance for best turned out motors went to:

2nd Place – Sam and partner in their immaculate MX-5

The Crazy B’stard Award, for the most monstrous machines that tenuously met the criteria of CarClub 18-30, went to:

The Spirit of CarClub 18-30 went to motors that we felt were the most ‘MotorPunk’ in nature went to:

2nd Place – Mike’s Merscabies 190E 2.3 Cosworth, made world famous by Rich and I with a little help from XCAR

1st Place – Mikey’s Lotus Eclat; The butt of many a joke in the driver’s briefing but faultless on track, and the embodiment of that wonky 80s wedge we both love. 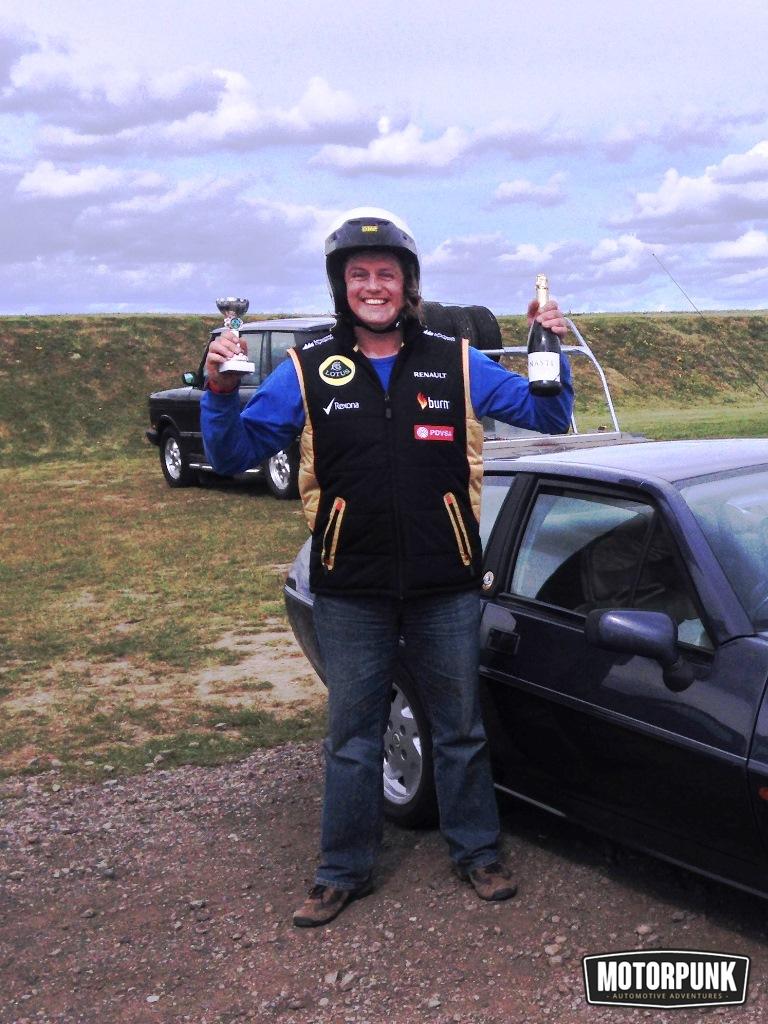 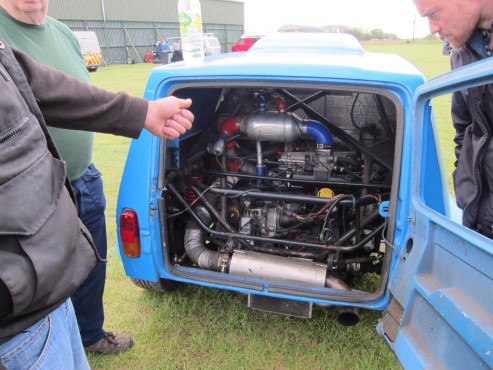 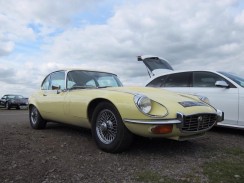 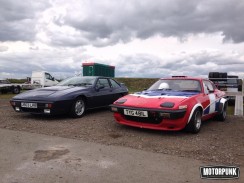 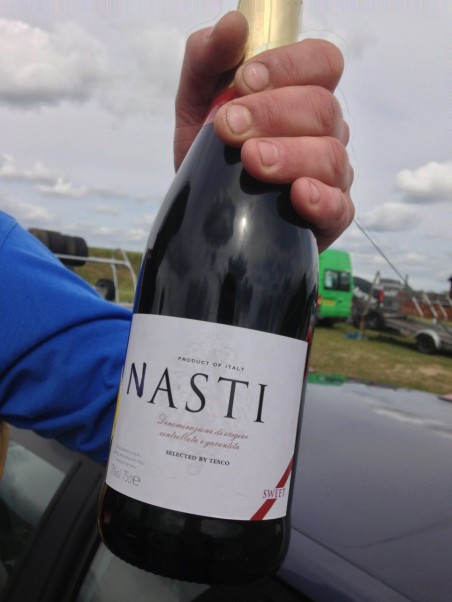 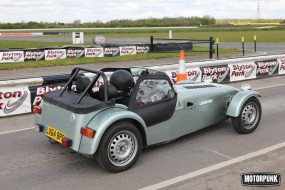 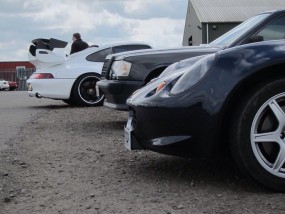 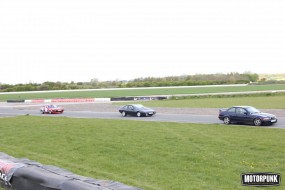 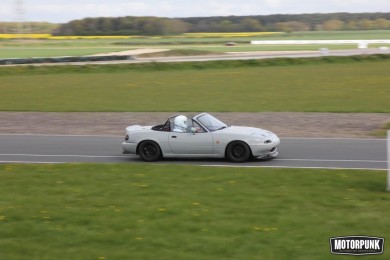 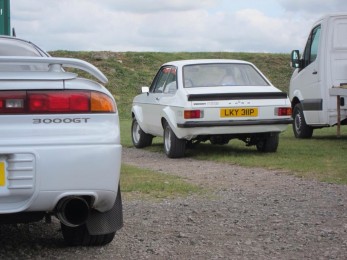 After lunch the paddock banter tended to focus on what was the best ‘bang for yer buck’ trackday car eligible for MotorPunk’s CarClub 18-30. Nobody could argue that Porsche 996 like Michael’s aren’t cracking value compared to their air-cooled forefathers, with the TVR Chimera winning lots of new fans  as the British and brutish alternative. Rich, my co-editor, couldn’t praise the pretty little Caterham 160 he’d blagged highly enough, and while I still hanker after a tidy S1 Elise like the one Steve had brought along, I think the shear number of grinning mk1 MX-5 owners in attendance (and the fact that they never broke down) said it all really.

We do at this point need to give a big hand to Richard Usher at Blyton Park for accommodating us, and our eclectic fleet of classics. We hope to be back there soon, possibly in the autumn, so watch this space. Thanks for joining us; keep in touch. 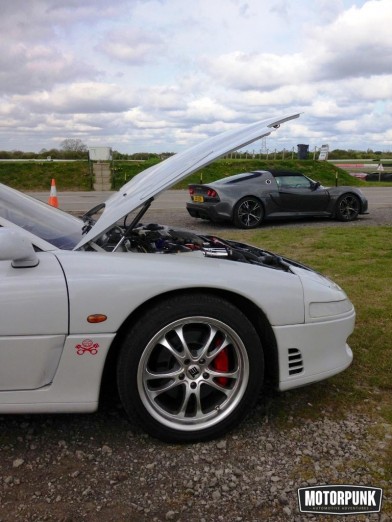 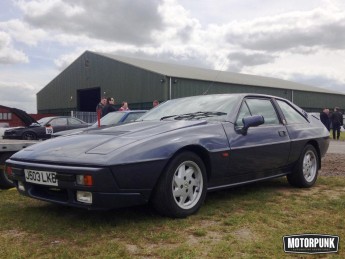 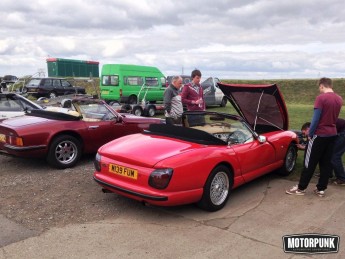 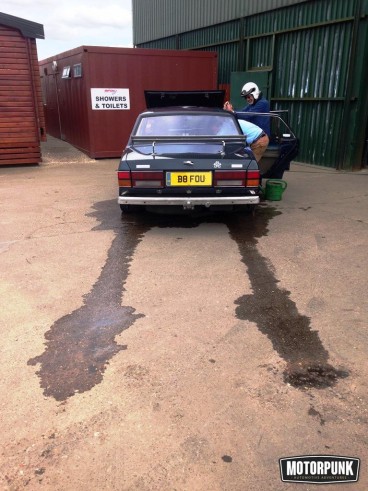 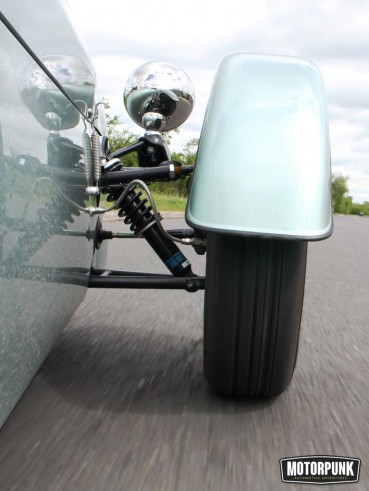