As ‘orrible spotty-arsed teenagers, we MotorPunks didn’t really get into fast Fords. Dr Octane was into BL stuff (mostly broken) and I was into Vauxhalls (mostly stolen). Rad was probably the wrong side of the iron curtain suffering Polonezesezes (or whatever the plural of Polonez is). There are no records of Simon pre 1998, or ‘evidence’ as he calls it. Anyway, thanks to Rad we have pics of this rather mad Ford Capri III to digest, snapped this weekend at a Pistonheads meet in Nottingham. But what exactly are we looking at? 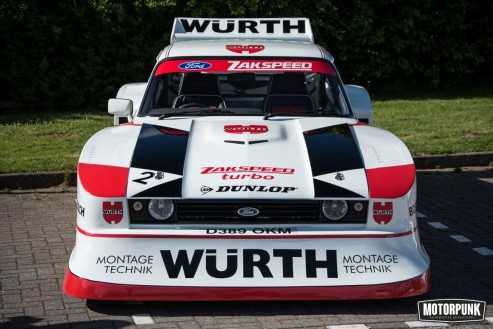 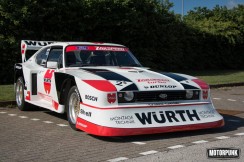 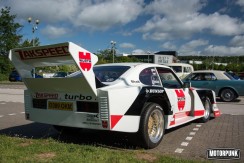 The original Zakspeed Capri was built to compete in Deutsche Rennsport Meisterschaft, it had a Cosworth BDA based inline 4 with twin turbos and an exotic body made from Kevlar panels over a space frame chassis. Klaus Ludwig won in ’81 with it and I’m sure we’ve seen one at Goodwood. All this makes us wonder what we’re looking at here and the ‘built not bought’ and Area 52 stickers add to the intrigue. It shows on AskMid as a Laser, the kind of Ford that drives a kid to Vauxhalls, or worse, BL. But I’m sure there’s something potent under that mad bodykit.

So, is this a Zakspeed Capri, or not? If you know more, drop us a line!