Without doubt the best job in the world during the 1970s must have been the motor company ad man. Why? Well, there was a glut of marques battling for punters in a crowded market place – sometimes (as in the case of MG, Austin-Healey and Triumph) even within the same company! Jobs were well paid and plentiful, and there was basically just one strategy that you needed to employ to flog even the dreariest 70s rot box: stick a semi-naked bit of totty in front of the motor and take some snaps. Of course there were a lot more motor shows back then, but as long as the girls could dance around for a bit (and the bar bill was covered by expenses) then you were laughing.

Of course, as modern gentlemen, Rich, Si and I are jointly horrified by the rampant objectification of the fairer sex in these adverts. But as automotive adventurists and keen historians we feel duty bound to document this dark period of seedy marketing tactics. To all our female readers we would just like to take this opportunity – forty years too late, we’re embarrassed to admit – to apologise for this lazy, chauvinistic salesmanship. Sorry*.

A bit low brow for Porsche perhaps … but I suppose it’s only the van-engined VW cast off. 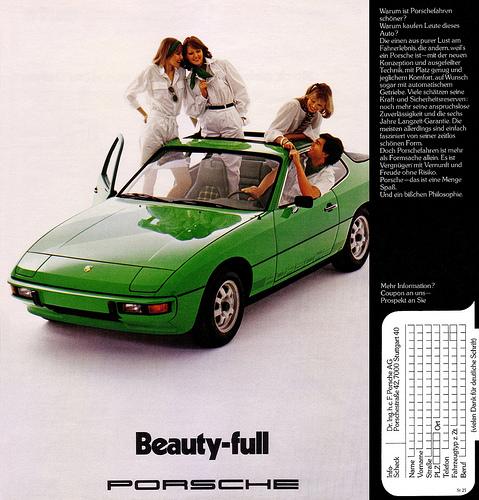 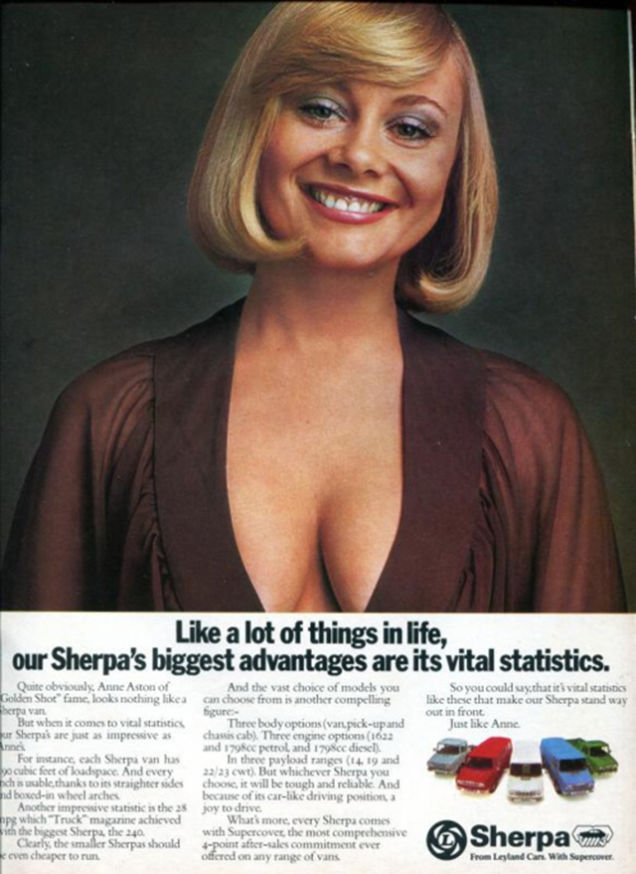 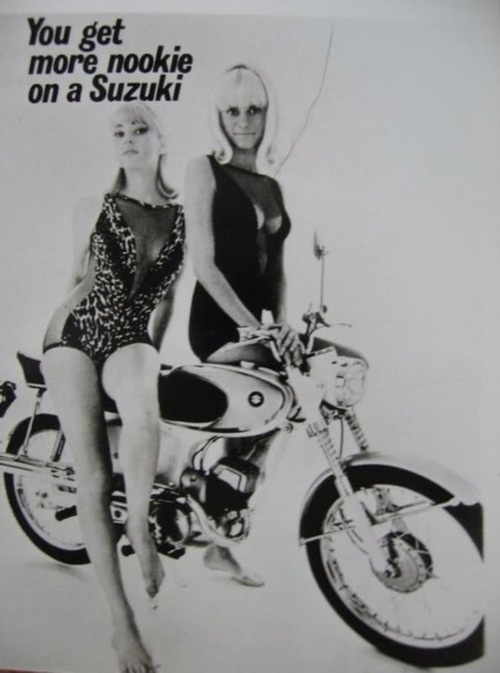 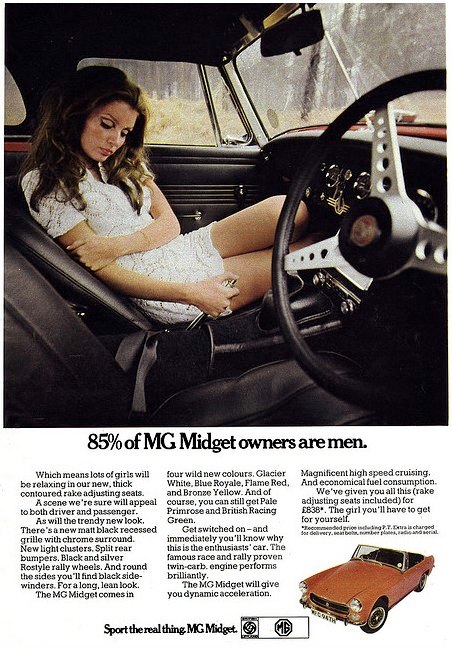 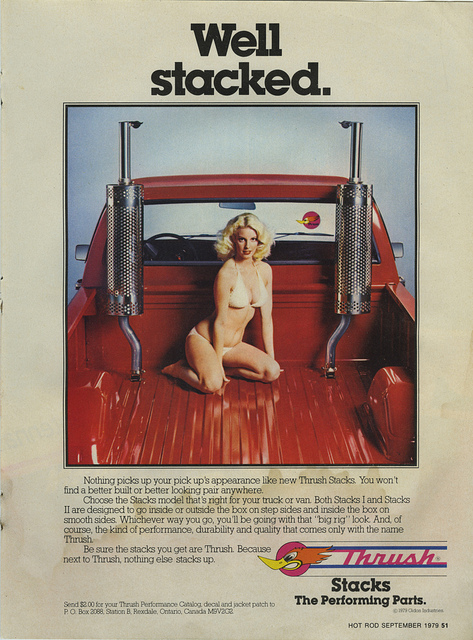 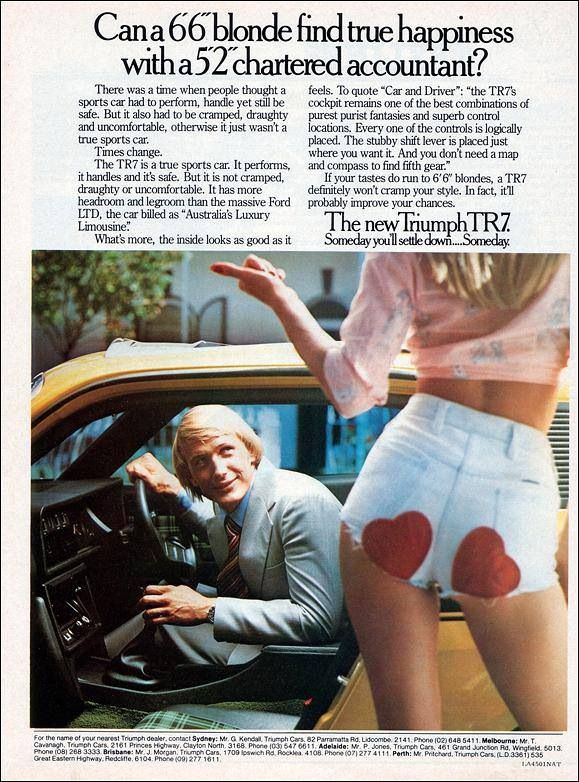 The 2500M, SM and Tuscan’s Earls Court Motor Show debut sparked a media frenzy that made TVR a front–page news story, but the models causing all the fuss were not petrol-powered. TVR had two totally naked women draped over the cars in a publicity stunt that was to be remembered as one of the smuttiest, ever. Certainly, it was an event that made sure the gaze of most motoring journalists were well focused upon the TVR stand. 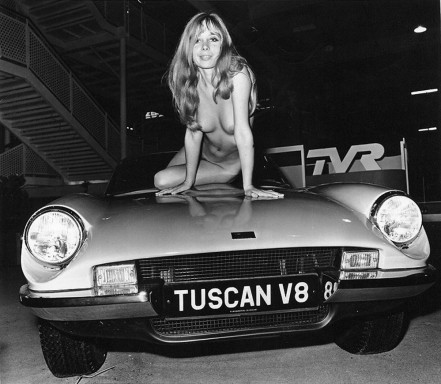 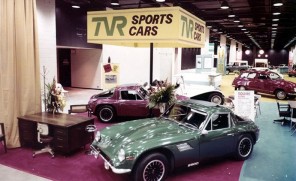 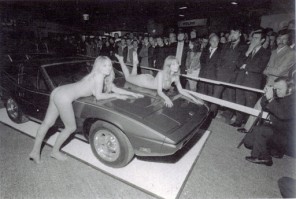 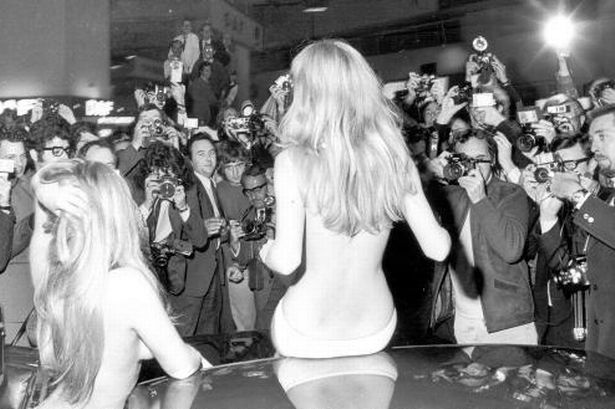 It starts with a buxum gal trying to sell Dunlop D1 race wheels, but its the bizarre, and yet strangely predictable, Reliant performance that follows that lands this dodgy ad campaign in at the third spot. What were they thinking? That chap could have those gals’ eyes out, waving his weapon around like that! 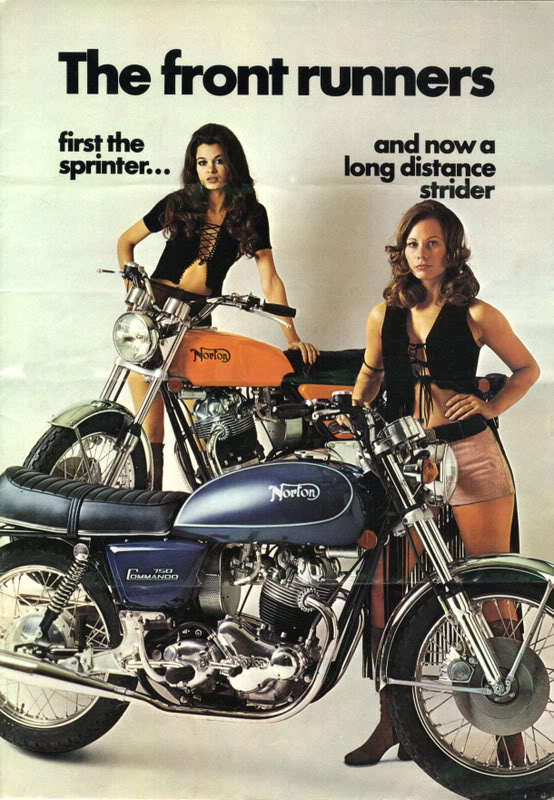 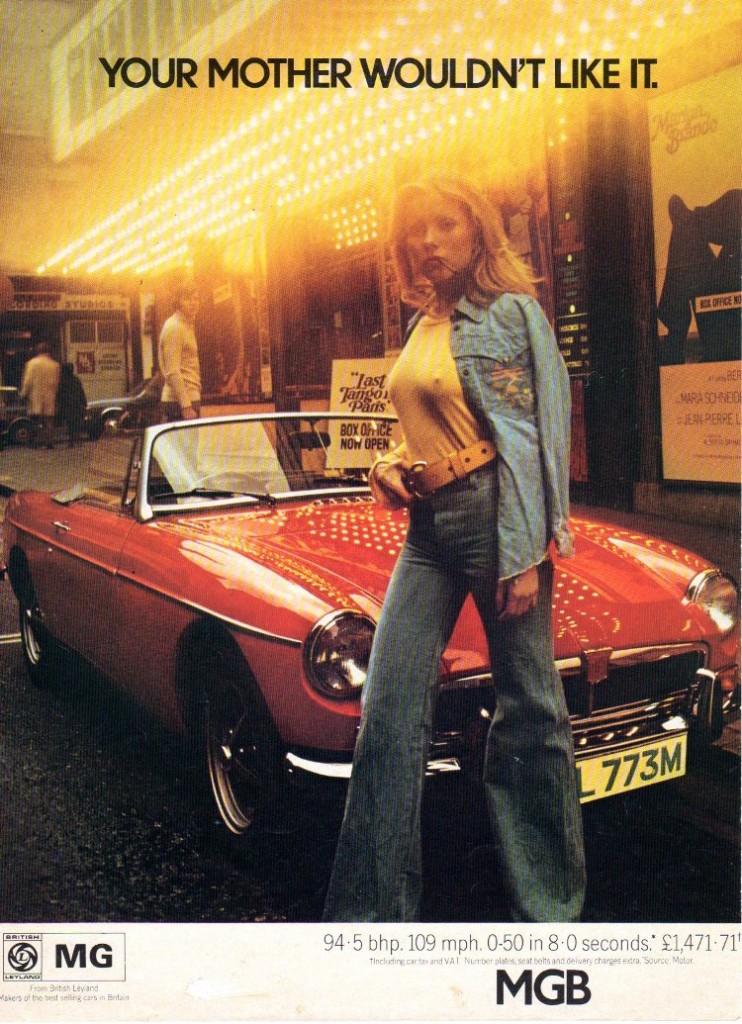